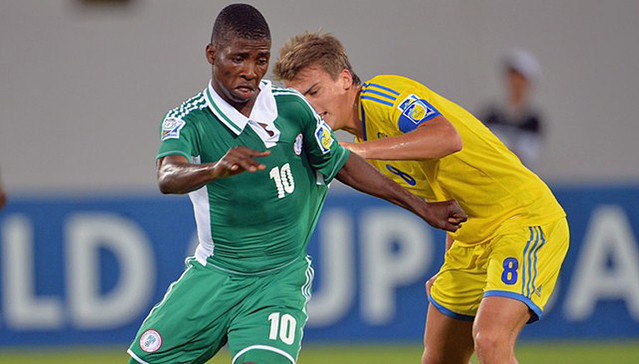 Golden Eaglets star, Kelechi Iheanacho has been granted permission to leave the CHAN Super Eagles camp in Abuja to enable him finalise a move to English giants, Manchester City.

The young midfielder was released to his representatives after his family put in a call to the Super Eagles coach, Stephen Keshi asking that Iheanacho be permitted to exit camp to make a quick trip to England where he is expected to sign for City.

“Initially a young man came declaring that he was the agent of Iheanacho, but I declined to deal with him until I hear from the family because the boy is still a minor,” Keshi said.

“It was soon after my rejection that I got a call from his father who told me that they have gotten travelling visa to the United Kingdom and that I should oblige him with his son’s release.

“I did and told the young man to go and do the nation proud at whichever club he finally chooses to settle down with.”

Keshi acknowledged the great potentials of Kelechi but warned against piling too much pressure on the FIFA U-17 World Cup’s Most Valuable Player.

The Super Eagles coach advised Iheanacho’s representatives to handle the career of the youngster gently and professionally.

David Moyes Believes He Is Lucky Not To Be Under-Pressure