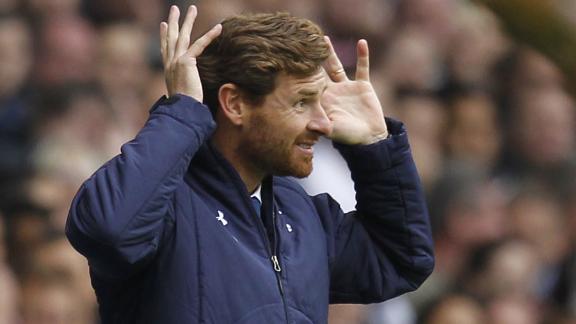 English Premier League side, Tottenham Hotspur has announced that head coach Andre Villas-Boas has left the club by mutual consent.

The young Portuguese coach, who took over at Tottenham in the summer of 2012 after being sacked by Chelsea now leaves the North London club following Sunday’s 5-0 hammering at home to Liverpool.

“The club can announce that agreement has been reached with head coach, Andre Villas-Boas, for the termination of his services,”

“The decision was by mutual consent and in the interests of all parties. We wish Andre well for the future.”

“We shall make a further announcement in due course.” a short statement on the club’s official website read.