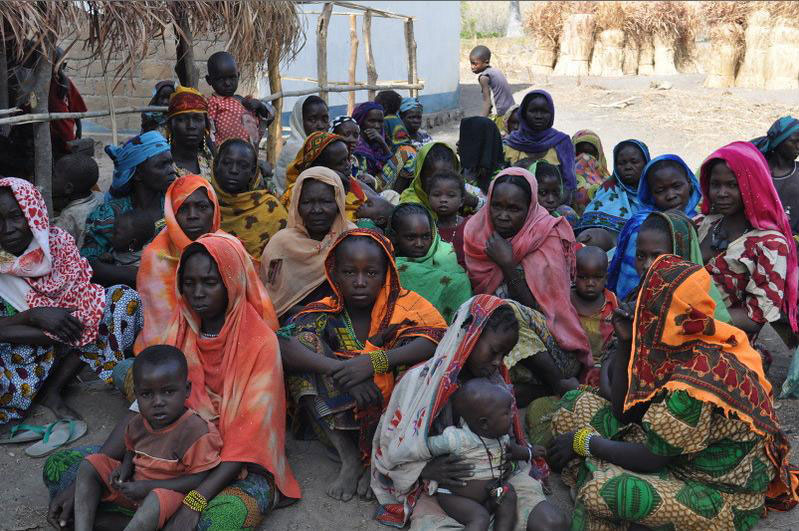 At least 83 Nigerians have been killed in the Central African Republic capital Bangui in the latest wave of sectarian violence following months of political crisis, a community leader told Daily Trust yesterday.
The CAR has been in chaos since rebel leader Michel Djotodia ousted President Francois Bozize in March.
Fuelled by ethnic rivalries, the conflict has also now become sectarian in nature as Djotodia installed himself as the first Muslim leader in the Christian-majority country, sparking months of bloody clashes between rival fighters.
A Nigerian community leader resident in Bangui, Muhammad Kalanbai, who spoke to Daily Trust by telephone yesterday,said most of the Nigerians killed in the latest violence were Muslims from the North.
“As I am speaking to you now, there are 16 bodies of Nigerian Muslims at the Ali Baglo mosque in Bangui, who were not buried because of the violence,” said Kalanbai, who is the leader of northern Nigerians living in that country.
“Just last week over 67 Nigerian Muslims were killed by the supporters of Bozize. We are under serious attack.
“As I am talking to you now, you can even hear gunshots. I narrowly escaped being killed yesterday,” he added.
Reuters news agency reported that much of the wide-scale violence that has killed hundreds in the last week has eased but reporters in Bangui saw a mosque set on fire, houses looted and cars torched yesterday.
Residents reported several lynchings overnight too.
Kalanbai told Daily Trust yesterday that supporters of Bozize were being given protection by the French forces, instead of restraining them.
“The French forces, instead of protecting civilians, ended up only backing the rebels who are busy killing Muslims with machetes, daggers and other weapons,” he said.
He said that the Nigerian Muslims living in the country were “now rushing to the Nigerian embassy in Bangui for protection.”
He urged the Federal Government to evacuate them back to Nigeria.
“We are calling on President Goodluck Jonathan to come to our rescue by sending aircraft to bring us back to Nigeria. Our lives are in serious danger,” Kalanbai said.
He said other African countries, including Cameroon, Chad and Mali, had already sent planes to evacuate their nationals.
Thousands of Nigerians live in CAR, mainly in the capital Bangui. They are mostly from northern Nigeria, and are involved in diamond mining and trading activities.
A significant colony of Nigerian expatriates has sprung up in a Bangui neighborhood known as New Ikoyi, apparently named after the highbrow Lagos suburb, according to online encyclopaedia Wikipedia.
FG not aware
The Federal Government yesterday said it was unaware of the killing of Nigerians in CAR. Foreign Affairs Ministry spokesman, Mr Ode Ogbole, when contacted, said he was hearing about the incident from our reporter.
“I am hearing this from you but I will contact our Central African Republic mission to find out about the report,” he said.
Daily Trust could not reach the Nigerian embassy in Bangui by telephone last night.
In his reaction, a former Nigeria diplomat, Ambassador Sulaiman Dahiru, said the situation required urgent evacuation of Nigerian nationals.
He told Daily Trust by telephone that the Nigerian embassy in Bangui should immediately begin efforts to ensure the safety of Nigerians. Dahiru said the African Union (AU) has not been proactive in the CAR crisis, and urged the organisation to do more to contain the situation.
Meanwhile, French authorities yesterday said two of its troops were killed in combat overnight in Bangui.
Reuters news agency reported that the two soldiers, who were among the 1,600 France deployed to its former colony, died after coming under attack at close range during an overnight patrol.
According to Celestin Christ Leon, a spokesman for the African peacekeeping force in Bangui, a rebel commander was harassing people, who called the French to come and help them.
“They came and tried to disarm the Seleka but gunfire erupted,” he said.
In the Fouh neighbourhood, civilians armed with wooden clubs and machetes attacked a mosque and nearby houses.
“We found arms in their mosque. We don’t want to see Djotodia and his Muslims here anymore,” said one man at the scene, who wielded a large knife and refused to give his name.
Reuters reported that at least six people were lynched overnight, mainly during violence targeting Muslims, according to residents in Benz-vi and Miskine, Bangui neighbourhoods.
The Central African Republic is rich in diamonds, gold and uranium but despite such resources, most people remain poor. The country has seen little stability in five decades and France has intervened more times since independence in 1960 than in any of its former colonies.
It also lies at a crossroads of conflict in the heart of Africa, with Sudan, South Sudan and Somalia to the east, the Islamist threat in the Sahel region to the north and the revolts of the Great Lakes to the southeast.

Mandela Memorial Draws Leaders From Around The World