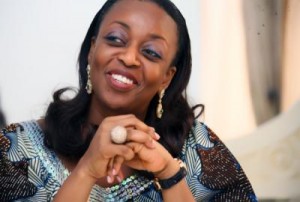 The plan by the Federal Government to sell the Nation’s four oil refineries in Kaduna, Warri and Port Harcourt to private investors in the first quarter of 2014 may have been stopped by the House of Representatives.

Recall that the Minister of Petroleum Resources, Mrs. Alison-Madueke, had in an interview with Bloomberg TV Africa in London on November 18, 2013 revealed the plan by the federal government to sell the refineries.

At Wednesday’s plenary, in a motion on the matter moved by Hon. Hassan El-Badawy (Yobe State). The lawmaker in his prayers said the proposed plan to sell the refineries was made even before it was disclosed to the Bureau of Public Enterprises (BPE).

According to him, “on October 8, 2012, Mrs. Alison-Madueke, at an interactive session with the Senate Committee on Petroleum Resources (Downstream) revealed that the Turnaround Maintenance (TAM) of the four refineries would cost about $1.6bn, an equivalent of N251bn.The Minister, the lawmaker alleged had in November 2013 stated that the TAM of the Port Harcourt Refineries had been completed while maintenance was due to commence immediately on the other refineries to restore commercial value.

“Worried that almost one year after expending huge sums of money on the Turnaround Maintenance of the Port Harcourt refineries, the Minister has declared that the refineries would be sold, a move that many Nigerians consider to be suspicious, illegal and unreasonable given the huge sums of money expended on their maintenance and the impact they are expected to make in reducing the challenges in the petroleum industry.”

He said the Minister’s action seems to be in isolation of the regulatory authorities, that is the National Council on Privatization (NCP) and the Bureau of Public Enterprise (BPE).

The Speaker, Aminu Tambuwal in a motion received a unanimous endorsement of the members.