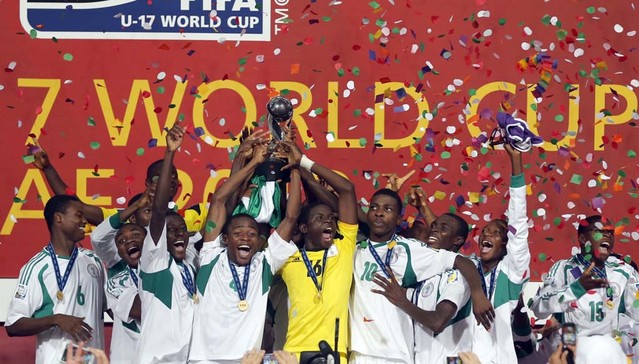 Sepp Blatter yesterday revealed that India will host the  2017 Under-17 World Cup.

“India has a very good chance as of now to host the tournament as it will give them an entry into the elite league and also will allow its Under-17 team to play as a host nation.”

The other countries in contention to host the competition were South Africa, Uzbekistan and Republic of Ireland.

Eight cities which include:New Delhi, Mumbai, Kolkata, Bangalore, Margao, Kochi, Pune and Guwahati. These cities are in line to host the youth World Cup. 24 countries will be involved in the tournament.

The date of the tournament will be announced later.

As hosts, India will automatically qualify for the tournament, which will be their first appearance in a World Cup at any level.

Related Topics:IndiaSepp Blatter
Up Next

There Is ‘A Negative Element’ In Barca Camp – Xavi