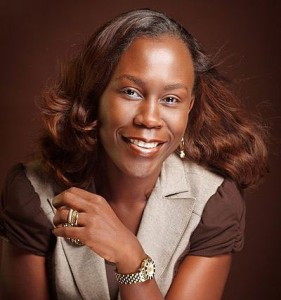 This generation of young African women is the most ambitious yet. They are eager to build industries, reform societies, save lives, rewrite history, and transform the continent.

Forbes announced its annual “20 Young Power African Women” list illuminates the brightest stars and Africa’s most outstanding female game changers. We enlisted a group of young, professional African women to help identify the most innovative, courageous, daring and successful young women aged 45 and under. It is a subjective list, no doubt, but it’s the closest you will get to a definitive list.

Meet the 2013 class of 20 Young Power Women in Africa: the continent’s emerging power brokers, the Amazons to watch, and the custodians of tomorrow and trust Nigerians to top the highest number in the 20 women list.

The Nigerian-born entrepreneur and lawyer is the founder of House Of Tara, Nigeria’s leading beauty and cosmetics company. House of Tara develops a wide range of African-themed beauty products and perfumes and also operates Nigeria’s foremost beauty academy. In 2013, Fela-Durotoye was nominated as a Young Global Leader by the World Economic Forum.

Orekunrin, 25, is founder and Managing Director of Flying Doctors Nigeria Ltd., an air ambulance service based in Lagos, Nigeria. Orekunrin’s company is the first air ambulance service in West Africa to provide urgent helicopter, airplane ambulance and evacuation services for critically injured people. She is a 2013 New Voices Fellow at the Aspen Institute and was named a Young Global Leader in 2013 by the World Economic Forum.

Coker is the founder of Tiffany Amber, one of Africa’s leading fashion labels. She is the first African-based designer to showcase for two consecutive seasons at New York Fashion Week. In 2009, she won Designer of the Year at African Fashion International in Johannesburg,  South Africa followed by Fashion Brand of the Year in 2011 at the Arise Fashion Week in Lagos, Nigeria.

The daughter of Angola’s President, Jose Eduardo Dos Santos is Africa’s richest woman. She is also one of the continent’s most powerful businesswomen. Through her various holding companies, she controls a 25% stake in Angolan mobile telecom operator Unitel, a 25% stake in Angola’s Banco BIC, 25% of ZON Optimus, a listed Portuguese cable TV company, and just under 20% of Banco BPI, one of Portugal’s largest publicly traded banks. She is also partnering with Sonae, Portugal’s largest retailer, to launch 5 new food hypermarkets in Angola in 2014.

Vera Songwe, a Cameroonian national, serves as the World Bank’s Country Director for Senegal, Cape Verde, Gambia, Mauritania and Guinea-Bissau. She is also a non-resident senior fellow at the Brookings Institute with the Global Economy and Development and Africa Growth Initiative.

One of Africa’s most recognizable young entrepreneurs. Rabana, 29, is the CEO and founder of Cape Town-based Yeigo Communications, which develops software for telecoms-related services including Voice over IP, Instant messaging, SMS messaging and push email services. In 2008, Telfree, a Swiss mobile telecommunications firm, acquired a 51% stake in Yeigo. In December 2012 she founded Rekindle Learning, a company that provides adaptive mobile learning solutions.

Akamanzi, 34, is the Chief Operating Officer of the Rwandan Development Board (RDB), a government institution tasked with accelerating economic growth and development in Rwanda by enabling private sector growth. Akamanzi has had a successful career in public service, serving as Rwanda’s commercial diplomat in London and as a trade negotiator in Geneva for the Rwandan government at the World Trade Organization. She was also previously the Deputy Director-General of the Rwanda Investment and Export Promotion Agency (RIEPA).

Hadeel Ibrahim is the daughter of Sudanese-born British mobile telecoms billionaire Mo Ibrahim. She is the founding Executive Director of the Mo Ibrahim Foundation, which was established in 2006 to support leadership and good governance in Africa. She also serves on the Boards of the Mary Robinson Foundation for Climate Justice and the African Governance Institute (AGI).

Proscovia Oromait, 20, is the youngest parliamentarian in Africa. In 2012 she was elected Member of Parliament for Usuk County, Katakwi District in Uganda. Her father, Michael Oromait, served as the MP for the same Parliamentary seat before his death in July 2012. She is a member of Uganda’s ruling National Resistance Movement party.

Musonda is the founder of Java Foods, a Zambia-based food processing company that manufactures the eeZee brand of Instant Noodles. Musonda previously worked with Africa’s richest man, Aliko Dangote, as the director of legal and corporate affairs at Dangote Group, where she led a project to build a cement plant in Zambia. She currently serves on the Boards of Dangote Industries Zambia Limited and the Central Bank of Zambia. Musonda is also the Chairperson of Kwacha Pension Trust Fund, Zambia’s largest single employer pension fund. She is an Archbishop Desmond Tutu Leadership Fellow and was named a 2013 Young Global Leader by the World Economic Forum.

Mazibuko, age 33, is a Parliamentary Leader for the Democratic Alliance (MP for North Durban) and Leader of the Opposition in the National Assembly in South Africa. As the country’s fourth youngest parliamentarian, Mazibuko is already being touted as a  future leader of the Democratic Alliance. Mazibuko was named South Africa’s Most Influential Woman in 2012 and a Young Global Leader by the World Economic Forum in 2013.

The Egyptian-born investment banker is the co-founder of Union Capital, an Egyptian investment firm primarily focused on small and medium-sized enterprises.  Abdel-Meguid is also founding president of the Egyptian Young Bankers Association, an organization that mentors young banking professionals.

Nyong’o is a Kenyan actress and filmmaker who made her Hollywood debut in acclaimed film director Steve McQueen’s “12 Years a Slave” as Patsey. Nyong’o was born in Mexico, raised in Kenya and educated in the U.S. She is a graduate of Yale University’s School of Drama. In 2009, the breakout actress was also the lead in MTV’s award-winning drama series, Shuga. Nyong’o’s cousin, Isis Nyong’o was named one of Forbes 20 Youngest Power Women in Africa in 2011. Another cousin, Tavia Nyong’o, is a professor at NYU’s Tisch School of the Arts.

A native of the Democratic Republic of Congo, Amini Kajunju is the President & CEO of the Africa-America Institute, and the first African woman to serve at the helm of the oldest nonprofit organization of its kind in the United States. Kajunju joined the Africa-America Institute in October 2012 from the New York-based Workshop in Business Opportunities (WIBO) where she had served as Executive Director for 10 years. Under her leadership, Kajunju has bolstered the organization’s programming and served more entrepreneurs than any other institution of a similar size in New York City.

Zimbabwean-born author NoViolet Bulawayo is the first Black African female and the first Zimbabwean to be shortlisted for the prestigious Man Booker prize for her debut novel “We Need New Names.”  She is the author of the short story Hitting Budapest (2010), which won the 2011 Caine Prize for African Writing. NoViolet Bulawayo is currently a Stegner Fellow at Stanford University in California.

Considered one of the most important contemporary African artists of recent years, Mutu’s first major solo exhibition in the U.S., Wangechi Mutu: A Fantastic Journey, opened at the Nasher Museum of Art at Duke University in Durham, North Carolina in March 2013.  Mutu’s work has achieved much global acclaim with exhibitions at museums and galleries worldwide including the San Francisco Museum of Modern Art, the Miami Art Museum, Tate Modern in London, the Studio Museum in Harlem in New York, Museum Kunstpalast in Düsseldorf, Germany the Centre Georges Pompidou in Paris and. Her first solo exhibition at a major North American museum opened at the Art Gallery of Ontario in March 2010.

Kariuki, 37, is a Special seat Member of Tanzania’s Parliament and the country’s Deputy Minister for Justice and Constitutional Affairs.

Nelson Mandela: A Peacemaker, From Prison To The Presidency