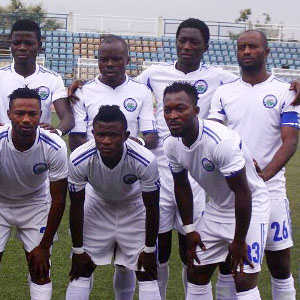 The Nigeria Professional Football League (NPFL), Kano Pillars, side seeks to lure Enyimba striker, Chinedu Udoji but reports say the Aba club might refuse to sell one of their key players to their immediate rivals.

Coach of the Kano pillars who doesn’t want to be mentioned said the club side is interested in signing a defender as the team prepares for next season.

“You know we will be playing in the Caf Champions League and also defend our league title and play in the FA Cup (now known as the Federation Cup). So we are short in the area of defending and especially in the centre-back area.”

Udoji emerged as one of the top three nominees in this year’s League Bloggers Awards (LBA) for Player of the Season in the NPFL, which was won by Rabiu Ali of Kano Pillars.

But it seems the Club will be hunting for two of the key players from the Enyimba football club said one of the coach who will prefer to stay anonymous .

“Right now we are considering Enyimba captain and one other player from Sunshine Stars whose name I can’t remember now. Talks are ongoing with their representatives but nothing has been agreed upon yet. We hope we can conclude this soon so that they can join us as we prepare,”.

The Economist: Gentlemen In Northern Nigeria