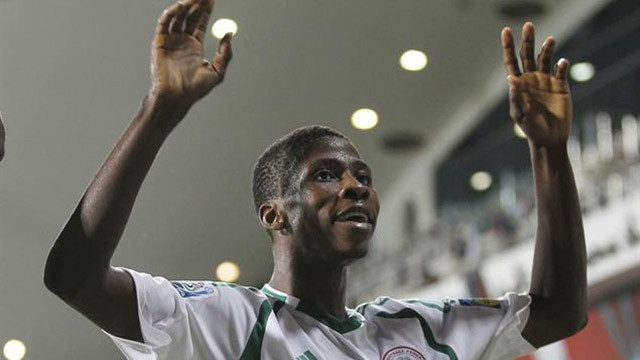 Super Eagles of Nigeria coach has called up thirty player for the Third edition of the African Nations Championship designed for the home-based sides of African national teams. The tournament takes place next year in South Africa. The list has three players from the World Cup winning Under-17  team.

This is the first time Nigeria is going to the tournament and Stephen Keshi who qualified the team for this tourney is hoping to replicate what he did with his team A earlier this year.

“We are going to the CHAN for the first time but we want to be the best at our very first outing,” he said in Salvador on Thursday morning.

Nigeria is grouped with South Africa, Mali and Mozambique in Group A. The tournament begins on the 11th of January 2014.

Regular Super Eagles Team B faces dominate the list which also has six players on standby.