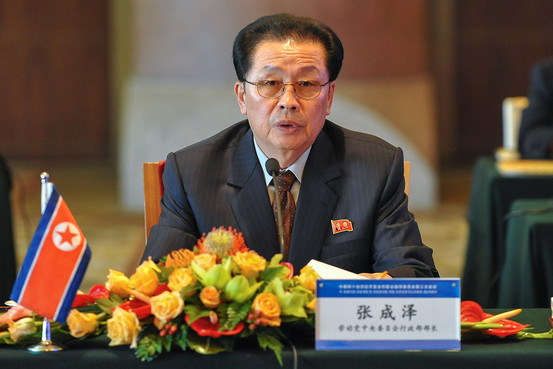 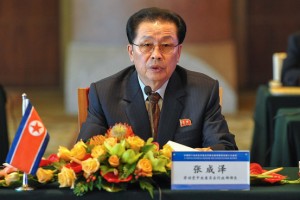 The NIS said it suspects Mr. Jang has been removed from power after his aides were executed on corruption allegations, according to the office of Jung Chung-rae, one of the lawmakers who was briefed by the spy agency. It wasn’t clear how the NIS, which declined to comment, got its information about the alleged executions.

Mr. Jang, 67, related to Mr. Kim through his marriage to former ruler Kim Jong Il’s sister, has long been a senior figure in the North Korean regime. He is widely believed to have played a central role in helping Kim Jong Un take control of the country after his father’s death in December 2011.

Mr. Jang was frequently seen with both Kim Jong Il and Kim Jong Un on domestic trips and traveled out of the country with the former leader. He is said to have been impressed with China’s economic reforms on his visits to that country, including last year on a visit to promote development in North Korea’s special trade zones on the Chinese border. He visited South Korea in 2002.

“As a regent, helping establish a power base for Kim Jong Un, people thought his power would decline at some point, but it’s been less than two years [since Kim Jong Un took over leadership] so it seems pretty quick if this is true,” said Sokeel Park, director of Research & Strategy at Liberty in North Korea.

Since taking power, Mr. Kim has moved to replace many of military leaders and other officials who served under his father. In October, North Korea appointed its fourth top military general in a little over a year.

North Korea had no confirmation of the reports about Mr. Jang, who has disappeared from public view twice before, the latest period from 2003 to 2006.

“We shouldn’t be too shocked if Jang turns up at Kim Jong Un’s side a week from now,” Mr. Park said.

—Kwanwoo Jun contributed to this article.

Write to Alastair Gale at alastair.gale@wsj.com

Elephant Poaching Could Wipe Out 20 Percent Of African Population In Next Decade, Report Shows