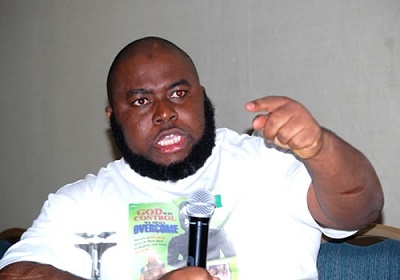 Mujahid Dokubo-Asari is of the opinion that the Nigerian President, Goodluck Jonathan has lost the support of his political stronghold; the South-south and the South-East. Asari establishes the failure of his government to deliver on its promises as the major reason for this

At a press conference in Abuja on Friday, the founder of the Niger Delta People’s volunteer force revealed it would be tough for Jonathan to win the presidential election in 2015 if he eventually decides to run.

“I want to start with an Ijaw proverb, which says: the eyes watched its seven children to death. Instead of advising them, it was just looking at them until they died, while the mouth talked its only child to life and success.

We have continued as Ijaw people and the entire Niger Delta and South-South to support the presidency of President Goodluck Jonathan, but a time has come when silence cannot be golden.

We mainly speak out in issues that are very critical to the survival of our people, the survival of the people of the South-South and the South-East, which happens to be the political base of Goodluck Jonathan.

Jonathan is surrounded by very greedy people who are only in the Presidency to enrich themselves at the expense of Goodluck himself.

This brings us to another Kalabari proverb, which says: where there are elders, a goat cannot be allowed to deliver tied to a stick.

If we don’t talk and we continue to brush it aside, tomorrow we will be blamed and people will say: Mujahid Dokubo-Asari was around when Goodlcuk Jonathan was president and he didn’t talk.

Then I will be an accomplice and accessory after the fact….

It is alarming because the South-South must have its uninterrupted eight years tenure, which is constitutional.

But with how things are going under Jonathan’s watch, we are afraid that we may not be able to have our eight years tenure because there will be no magic about it if it is going to be one man one vote.”

Alhaji Asari revealed that he will continue to speak up no matter what.