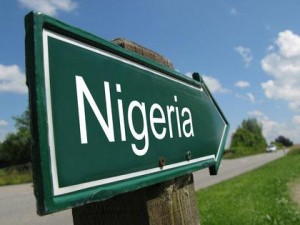 If you are resident abroad or have reasons to take trips outside of the shores of Nigeria for business, this may sound familiar.  Many times the behavior is cocooned and interred in a smile or laughter that is far from a show of affection, many times it is a vitriolic lodged in the veins of resentment, and many times it is a very mushy and swaddled sniping that speaks as loud as its intended meaning.

In 1992, Washington Post Foreign Service Correspondent, Keith Richburg, threw this salvo of insolence in a statement; “Welcome to Nigeria, world capitol of the business scam.  Shake hands, but be sure to count your fingers”. Richburg insinuated that if any person has not felt the heat of dishonesty and pilferage in the hands of Nigerians, he will soon, as long as he is in business with Nigerians.

The “Ambassador of Corruption”, the late King of Oil, Swiss Marc Rich after years of dealing in oil and living as an umpire of all that was corrupt and deceptive in the sleek industry in Nigeria, once said this about the terrain from where he fed fat; “Nigeria is the global capital of corruption”.

Openly- hostile Black American woman and possibly Nigeria’s worst hater in the history of African-American-Nigerian relationship, Oprah Winfrey, had once called the Nigeria nation world’s most corrupt, and suggested that the US severed diplomatic relationships with the country. “All Nigerians – regardless of their level of education – are corrupt”, Oprah myopically opined. This is an intellectually debile and warped submission by the TV queen and her many inveterate and incorrigible cohorts.

This streak of astringent and acerbic low-blows  create the impression in the minds of many people in many nations that all Nigerians are venal and vile, and it shows in the attitudes of customs and immigrations agents at many ports of entries all over the world.  Many of these allegations and accusations against Nigeria are deliberately petulant and hysterically hyperbolical.

With these baggages of smear, smudge and blotch on his trail, the mountain then becomes  too high to climb for a Nigerian businessman who intends to do business with those who already have a mindset of venality against him. The “corrupt” suspicion continues to dangle over his head, and he is considered guilty until proven innocent.  At these charades, you get angry, you feel insulted, but it is not enough to get angry and enraged. The truth is that Nigeria has become our mess, and Nigerians must clean it up!

When you skim through the history of a nation like Australia that was founded by criminals in corrupt British people, you will have hope for Nigeria. Australia was worse than what Nigeria is today, but over a tediously long time, it cleaned up its mess and has now become a prosperous, law abiding nation, and a leader of the free world.

Under Ulysses Grant as president of the United States, corruption ruled the land, and evidences of serious political chicanery came to light.  Members of Congress were deep into bribery, and In the Whiskey Ring Scandal, a group of distillers and tax officers defrauded the U.S. Treasury out of revenue tax on whiskey. Ulysses’ appointees were found out to be corrupt, but he continued to back them despite the unearthing of their dishonesty. Richard Nixon was the only American President to resign because of corrupt practices. These are just few examples of corruption even in the history of the greatest country of the world.  And America cleaned up its mess.

There are many hardworking, honest, straight forward Nigerians who control astounding wealth that was not ill-gotten. These Nigerians don’t cut corners, they don’t over-invoice, they work hard, and God blesses them. They are men and women who do not genuflect the egregious behaviors of graft, greed and gluttony. You may or may not know them, but there are people in all sectors of the society who have not soiled their fingers with thievery and graft. Contrary to what some non-Nigerians may believe, we are not all thieves!

What is the solution? Good people must get massively involved in politics and government. Many of those in government business today are not solutions but reinforcing pillars of the problem. We will deal with this more elaborately in my next article. If anyone told you the cleanup will be a squeaky clean come-easy-go-easy process,  if anyone told you that Nigeria with ease will wriggle  out of the rut and rot, and like the speed of light, the nation is like Japan and better than the US in 5 years, that person must be high on a drum of  hard liquor. It will be tough and brutal, because changes always deal with brutish principalities. But it can be done, and it must be done. It is our mess, and we must clean it up.

Who are these good people? I am not exclusively referring to pious or sanctimonious people. Good people are those who are committed to the dream called Nigeria, those who are loyal to the peaceful and prosperous coexistence of the nation, and who don’t pursue tribal or ethnic and personal agenda.  Good people are also those who have good and revolutionizing ideas, and who possess the zest, zeal and commitment to revamp the nation from ground up. Good people are those who believe that they don’t have any other country but Nigeria, so its success is their success; its prosperity and peace are to their advantage. These are some of the good people and they are all over the land.

These good people know that most prosperous nations began as acreages of mess and mire that were cleaned up by good people who did not want the dream to die. These good people are the ones not in denial that Nigeria is our mess, and we must clean it up.