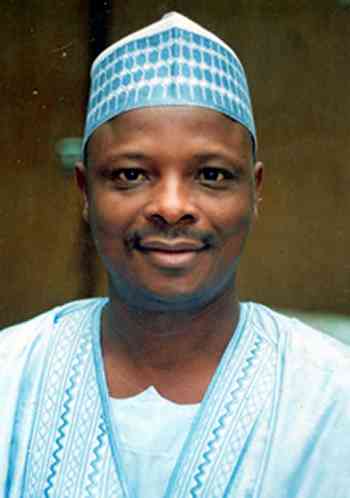 Politics and corruption, have for as long as we care to remember, been intertwined in the history of Nigeria, moreso since the birth of democracy on these shores.

Catch a politician with his hand in the cookie jar and he’ll squeal about witchunts and slander by political detractors. “My enemies “, they call them too. In the end, someone powerful conjures a spell (read as makes some calls) and everything is forgotten.

The case of the recycled Rabiu Kwankwaso, governor of Kano state inspires this piece. A few days ago, reports emerged in some quarters that a petition alleging that the Kano State governor, Dr Rabiu Musa Kwankwaso, mismanaged N3billion pension fund belonging to the Kano State Pension Trust Fund has been sent to the Economic & Financial Crimes Commission.

As some employees of the Kano State Pension Trust Fund allege, the governor has mismanaged the N3billion pension fund inherited from the administration of his predecessor, Ibrahim Shekarau.

Sources say the governor, without the consent of the board of the fund, transferred the account and the entire N3billion from Zenith Bank to Fidelity Bank and even went ahead to construct housing estates with the fund.

A number of questions are begging to be asked: Is the governor above the law such that he can use public funds at will? Does the fact that he is in the ‘new PDP’ make him morally capable of not embezzling public funds for personal gains? Since when did political affiliation determine the amount of of money stolen from government coffers?

Diversion of money for purposes unauthorized by law is a sin and crime before God, the law and the people. Any attempt to portray this as otherwise is plain pathetic. Worse still, attempts to dismiss it as pure speculation or the work of detractors is just shameful and as low as can be.

This is a call on the EFCC to be the saviour of the masses and investigate these shenanigans in power. As soon as Kwankaso’s tenure and the accompanying immunity elapses, let him be investigated and let the truth come to light.

It still beats the imagination as to why Kwankwaso is still in power after being governor and cabinet minister before being governor again. In the next dispensation he might decide to run for a senatorial position, all in a bid to grab more public funds for him and his. Is Rabiu Musa Kwankwaso the only citizen of Kano fit to rule? Is he not tired of being recycled, of having several masters and denying the masses the true dividends of democracy?

Surely our legislators can pass a bill so no one can serve more than two different public offices before democracy becomes a system for the few?

The bottomline, before the rage within makes me digress again, is that politicians need to stop playing victims and get their hands out of the goddamn cookie jar.

Nigeria Is Our Mess And We Must Clean It Up

Jega’s Farce And A Nation’s Tragedy