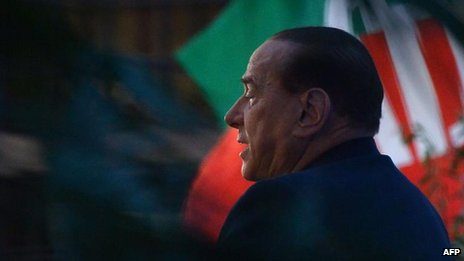 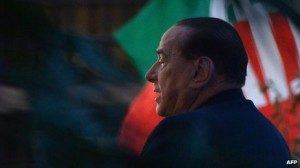 The Italian Senate has voted to expel ex-Prime Minister Silvio Berlusconi from parliament with immediate effect over his conviction for tax fraud.

Berlusconi, who has dominated politics for 20 years, could now face arrest over other criminal cases as he has lost his immunity from prosecution.

He told supporters in Rome it was a “day of mourning” for democracy.

Ahead of the vote, he vowed to remain in politics to lead his Forza Italia in a “fight for the good of Italy”.

Berlusconi told supporters gathered outside his Rome residence that “no political leader has suffered a persecution such as I have lived through”.

Berlusconi, 77, said his struggle would continue outside parliament.

He said: “We must stay on the field, we must not despair if the leader of the centre-right is not a senator any more. There are leaders of other parties who are not parliamentarians.”

The debate in the Senate had been heated, with two rival senators nearly coming to blows.

Manuela Ripetti of Berlusconi’s Forza Italia party shouted: “Your only aim is to eliminate Silvio Berlusconi!”

After the vote, Beppe Grillo, the leader of the anti-establishment 5-Star Movement, tweeted: “Berlusconi has been expelled by the Senate. One is out. Now we must evict all the others from the House.”