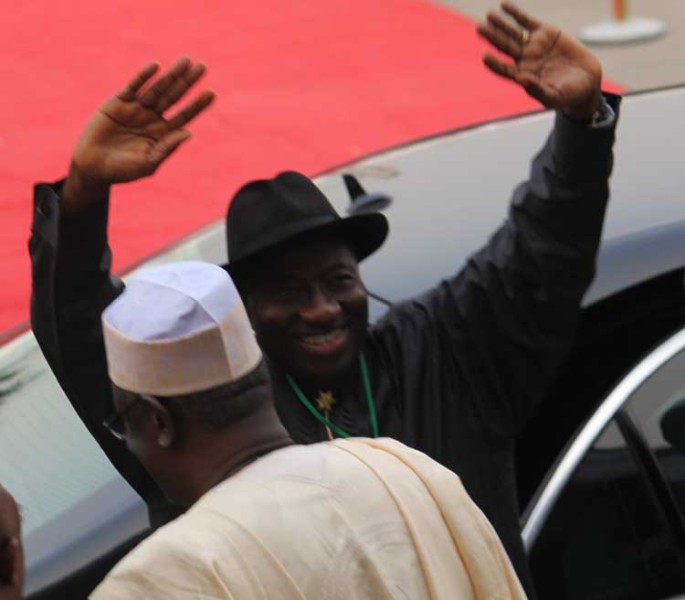 Nigeria’s President has sent his message of appreciation to all well-meaning Nigerians who stood by him during his brief illness which was heavily reported in the media for the past few days.

‘President Goodluck Ebele Jonathan thanks all patriotic and well-meaning Nigerians, including his supporters, friends and political associates who expressed and conveyed their sympathies and solidarity with him, through various means, following the announcement of his sudden indisposition while on a mission to attract greater investments to accelerate the growth of the Nigerian economy in keeping with his agenda for national transformation.’ the statement read

In a state house press release issued today by Reuben Abati who is the President’s Special Adviser on Media and publicity, the President who was in London on official duty when he suddenly took ill also commended the media for objective and factual reportage during the short period.

‘The Presidency also commends the generality of the mainstream media whose coverage of the President’s slight health challenge in London was mostly factual, objective, fair-minded and supportive.’ the press statement further read

The Presidency denied hosting any birthday party in London as reported by SR. The statement claimed that the President had been faithful to his mandate never to keep the citizens of this great country in the dark over his health status by announcing he had taken ill in London.

Sahara Reporters had claimed in a post yesterday that President Jonathan partied heavily into the early hours of the morning after his birthday. The media outfit claimed ‘Presidency Sources’ had disclosed this to them.

However, Reuben Abati has slammed the outfit as being fictional in their reporting as the President had no party in London and was not a fan of birthday celebrations.

In a press release which was titled ‘PRESIDENT JONATHAN THANKS NIGERIANS FOR SOLIDARITY’ and was meant to simply show the President’s appreciation towards the populace, Mr. Abati expended eight paragraphs addressing and launching attacks on Sahara Reporters as against just two paragraphs which were related to the heading of the letter.

‘As unregulated as they are, Sahara Reporters and their ilk are not beyond the bounds of legal action for libel and willful defamation of the character and reputation of a President who has courageously stepped forward to serve his country.

They know very well that they can never substantiate or prove the constant false allegations and innuendoes they publish for the sole purpose of negatively portraying President Jonathan and his administration.’ the statement read.

Tyranny And Fascism, Unwritten Manifesto Of The APC, says PDP