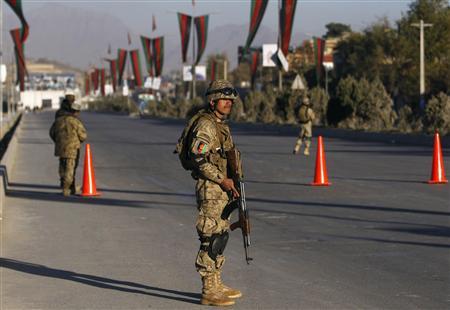 United States reached a draft agreement with Afghanistan on Wednesday on a crucial security pact, news agency Reuters reports. This is coming just a day before thousands of Afghan elders will debate on the fate of U.S troops remaining in their country beyond 2014

The United States had warned that if the pact was not signed, they will withdraw their troops by the end of next year and leave Afghan forces to fight a Taliban-led insurgency alone.

Thousands of Afghan dignitaries and elders will gather in a giant tent in Kabul on Thursday to debate the fate of U.S. forces after 2014 .

“We have reached an agreement as to the final language of the bilateral security agreement that will be placed before the Loya Jirga tomorrow,” Kerry told reporters.