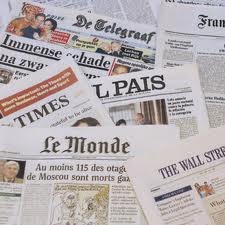 An assailant opened fire at the central Paris office of left-wing daily newspaper Liberation on Monday, seriously injuring one person before fleeing, a police official and staff at the newspaper said.

The injured person was hit in the thorax, the official said, adding that the motive of the attacker, who was armed with a hunting rifle, was unclear.

Deputy editor-in-chief Fabrice Tassel said separately in a tweet that the young male victim, who was rushed to hospital, was fighting for his life.

The mid-morning incident came days after an intruder entered the offices of the BFM TV channel, threatening journalists before disappearing. Rousselot said it was not clear whether the two incidents were linked.

Liberation’s offices near the Place de la Republique in central Paris were cordoned off as forensics experts investigated.

Scores Of People Killed Across Iraq During Shia Religious Festival