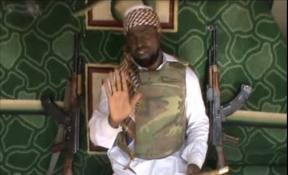 Boko Haram leader Abubakar Shekau said in a video released Sunday that he led an October 24 attack in which 35 people found in military uniform were killed in the Nigerian city of Damaturu.

“Look at what happened in Damaturu (capital of northeastern Yobe state),” the head of the Islamist group said in the video obtained by AFP through the same intermediary as previous clips.

“Since we killed them with our hands — in fact I was the commander of the operation — so, you cannot say I’m making conjecture,” he said.

The authenticity of the video clip — in which Shekau spoke for about 11 minutes in Arabic, Hausa and Kanuri — could not be independently confirmed.

“This is a brief message to the world. We carried out the Damaturu attacks with Allah’s help, with Allah’s might, with Allah’s glory and with victory from Allah, the Creator,” he said.

The video was titled “Battle of Damaturu” in Arabic.

Thirty-five bodies in military uniform were brought to a morgue in Nigeria’s restive northeast after a coordinated assault by Boko Haram targeting the security forces, a hospital source had said.

The attack in Damaturu was the first significant raid in a major urban centre in several weeks by the insurgent group waging a four-year Islamist uprising.

Police and residents said large numbers of Boko Haram fighters, some in vehicles and some on foot, stormed Damaturu after dark.

Armed with guns and explosives, they attacked and torched four police buildings, sparking a fierce, hours-long gun battle with the security forces.

Contacted by AFP on October 28, Yobe state military spokesman Lazarus Eli did not deny reports that dozens of soldiers were killed during the clash.