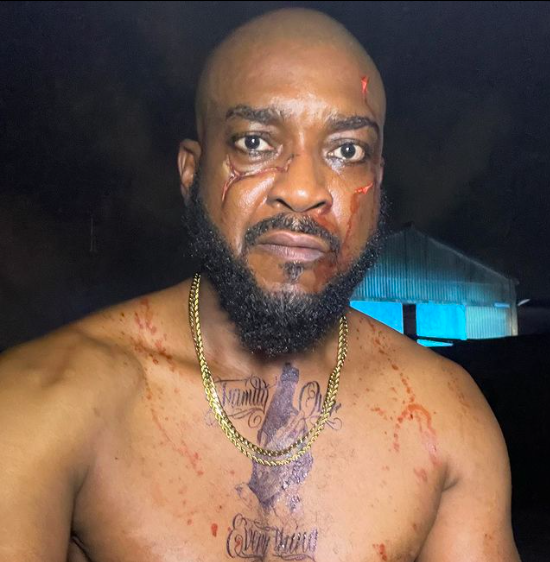 Nollywood actor, Chidi Mokeme has opened up on why he took a break from the movie Industry for a while.

The Shanty Town’s star actor revealed that he had Bell’s Palsy, a condition that causes sudden weakness in the muscles on one side of the face. In an interview with Channels TV, Mokeme narrated how he stayed off the premiere of Seventy-Six to focus on his health.

He said, ‘’I have been off the seen for a while, after we did the promotion for ‘76 and we went to the Toronto film festival.

“We were preparing to go for a trip in the UK for the British International film festival and I was suffering from something called Bell’s palsy, it comes like a stroke and it affects one side of the eye and doctor said it was incurable because they did not know how to treat it.

“For an actor if you come back with something that affect your face and you can imagine what it might look like at that time and I wanted to come for the premier for the ‘76 at the time but the attention was more focus on the face at the time than the premier and it as not something I could work with and I decided to take time off to go sort out the problem.

“I considered myself who has always being mentally strong and I am a student of life and I take life very serious and I focus on God”.

Pastor Mike Bamiloye says young people referring to celebrities as G.O.AT, have no place in the kingdom of God