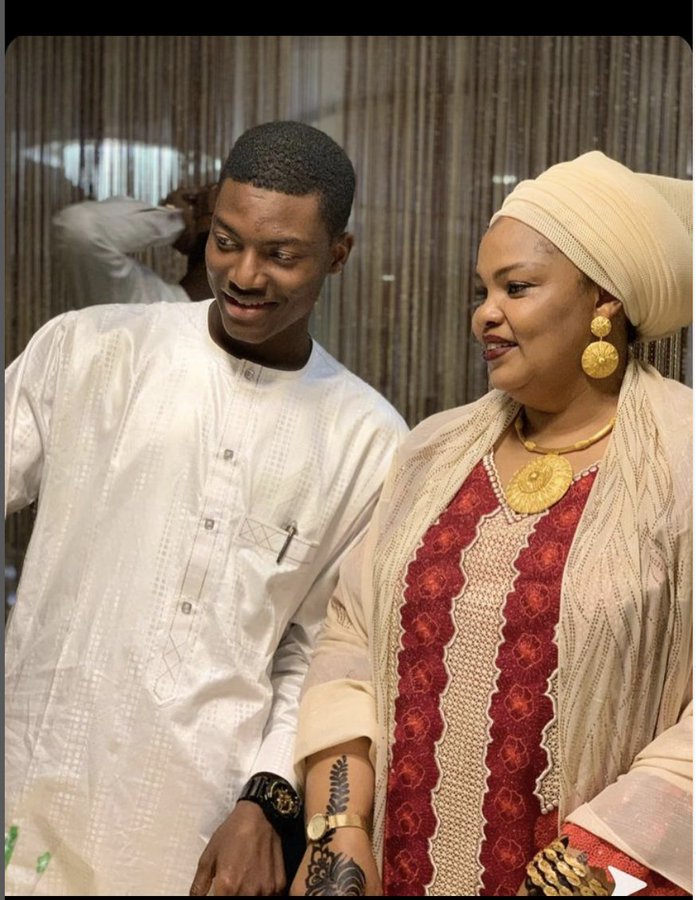 The son of the Director General of the Department of State Services, Yusuf Bichi, has denied claims that his father’s wife, Aisha, ordered the arrest of the New Nigerian Peoples Party governorship candidate in Kano State, Abba Yusuf.

In a post on his Instagram page on Monday night, the younger Bichi, shared an account of what happened. The arrest of Yusuf had been reported on Monday, after a confrontation between him and Aisha at the VIP lounge gate of the Aminu Kano International Airport on Sunday night.

Denying the claims, Bichi said, “The wife of the DG DSS never ordered the arrest of Abba Gida Gida or the killing of his political goon! The convoy of the DG DSS wife was blocked by the thugs of Abba and the DSS agents demanded entrance into the airport which the goons denied. The agents approached and the goons turned violent while Abba Gida Gida was watching from his car.

“The DSS agents decided to make entry again into the airport, then Abba Gida Gida who was in his car decided to come down from his car and started harassing the DSS agents and ordered his goons to be violent. While all of this was happening the wife of the DG DSS came down from her car and pleaded with Abba Gida Gida to let it go which (sic) he turned on the wife of the DG and started raining insults on her.

“One of his goons attempted to go after the wife of the DG that’s when the DSS agents attached to her neutralise him which resulted in his injuries.”

Meanwhile, the Department of State Services (DSS) has said some “dark forces” have embarked on smear campaigns against its Director-General, Yusuf Magaji Bichi, and his key officials, saying it would not be distracted.

The agency which made this known on Tuesday said the politicians were within and outside the government.

This was contained in statement by the DSS Spokesman, Dr Peter Afunanya, noting that sections of the media had also been briefed to implement the strategy through sponsored articles, commentaries and features to malign the DG, his family and select officials of the service.

DSS accused those behind the evil plot of recruiting unnamed civil society and non-governmental organisations to not only sustain but stage further rallies, road-shows and press conferences and use the occasions to discredit Bichi.

The statement read, “Also, sections of the media have been briefed to implement the strategy through sponsored articles, commentaries and features to malign the DG, his family and select officials of the service.

“The service is monitoring developments and will allow the plotters to either exhaust themselves or rescind the plan of action. Otherwise, no amount of intimidation, harassment and blackmail will deter it from discharging its duties.

“However, it would not idly watch a group of dissatisfied gang to undermine the service and its highly dedicated leadership and management. The DSS, therefore, wishes to inform the public to be wary of these tendencies and ignore the antics of dark forces out to impugn the character of the DG.”

”It restates its unalloyed support to the President on his resolve to continue to confront head-on, threats to national security as well as create the enabling environment necessary for the 2023 general elections to hold,” the statement added.