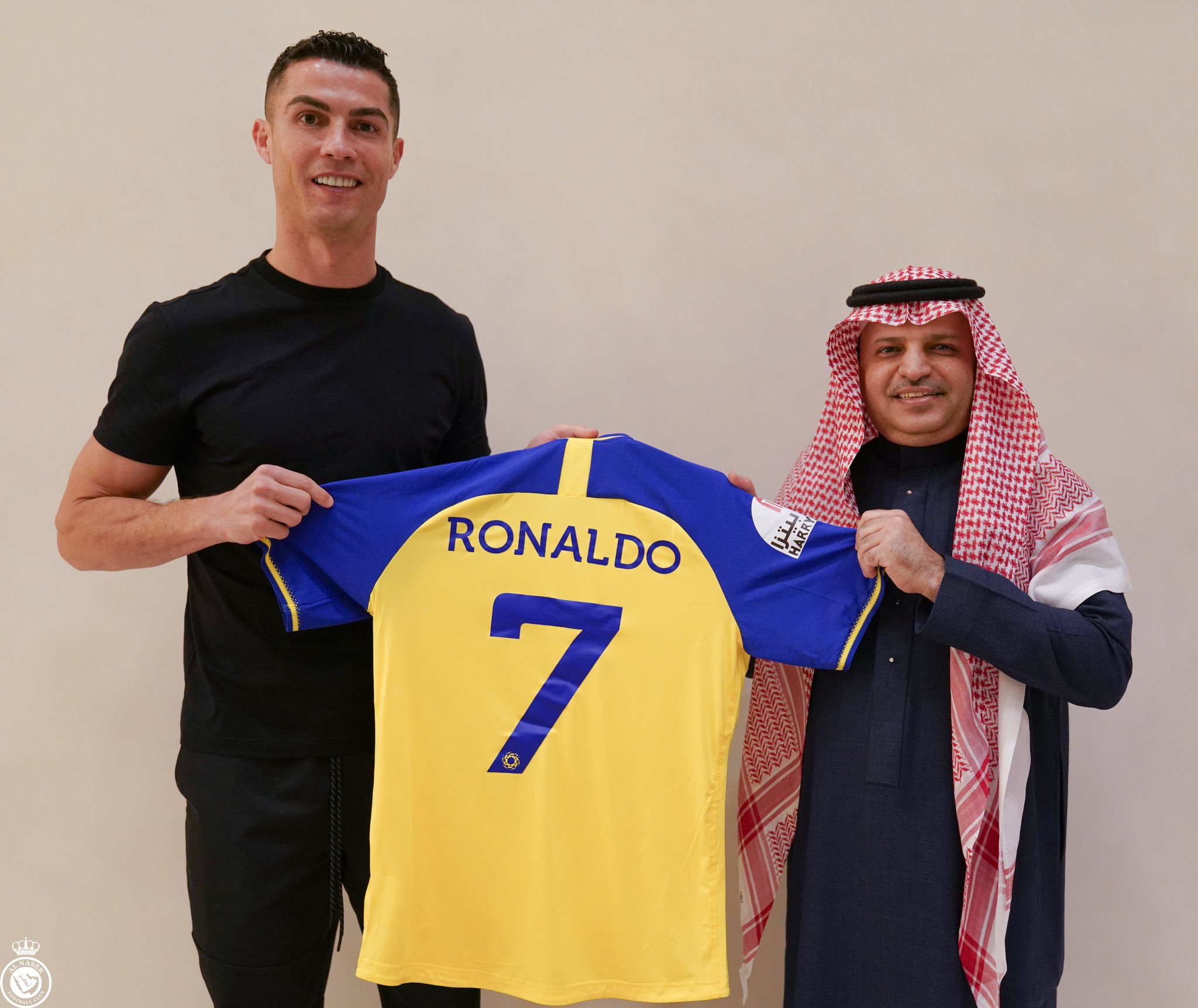 The Chairman of Al Nassr, a Saudi League football club, has claimed the club signed Cristiano Ronaldo not to win matches or the championship but to transfer great experiences.

In a tweet announcing the new club player, Musalli Almuamma, Al Nassr President said; “Our contract with Ronaldo is not aimed at winning a match or a championship.

“Very happy that the greatest player in the history of football joined Al-Nasr Club and the Saudi League. Our contract with Ronaldo is not aimed at winning a match or a championship, but rather beyond that: transferring great experiences, high professionalism, and inspiring a generation that is passionate about sports.

“I invite you to enjoy one of the chapters of the tremendous development in the Kingdom of Glory.”

Advertisement
Related Topics:Ronaldo
Up Next