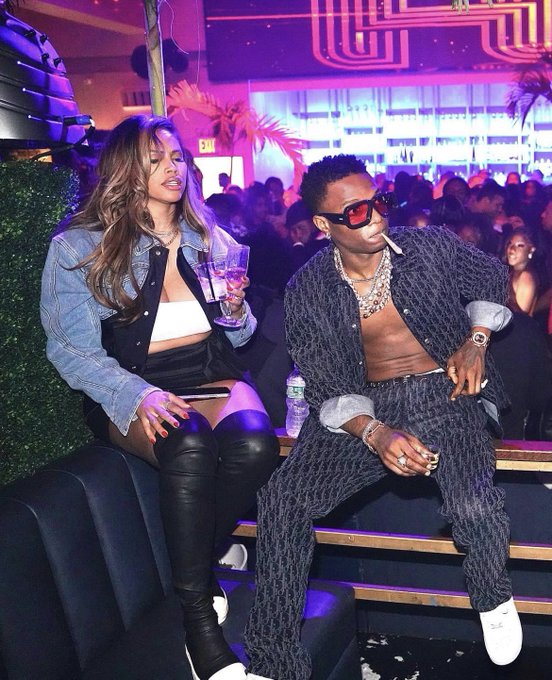 Jada Pollock, manager and the mother of two of Wizkid’s children, has warned the singer that bringing their personal arguments to social media will not end well.

This is coming hours after the singer lamented his single status via his Snapchat account on Monday night.

Wizkid said, “Been single for so long! Gotta find me one or two.”

Reacting in now-deleted tweets, Pollock, who recently gave birth to her second baby quoted a tweet of what Wizkid said and commented, “Taking arguments to social media is never going to end well.” In another tweet, she said, “Controlling emotions.”