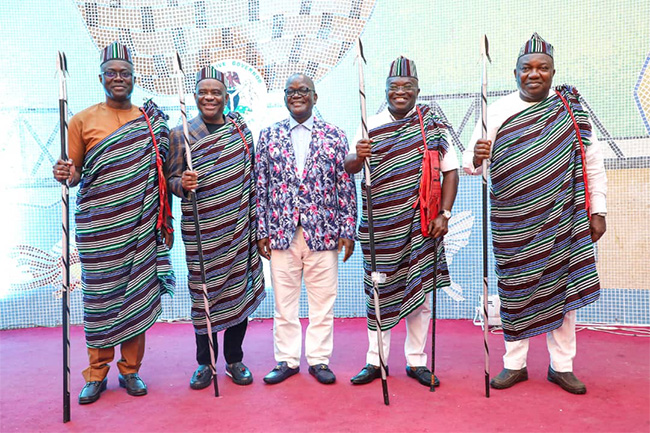 He said nobody can break the ranks of the five PDP governors who have continued to insist that Dr Iyorchia Ayu should resign as the national chairman of the party.

Wike noted that because the G5 remained dogged in their demand, people have made several efforts to break their ranks but cannot succeed.

In addition to Wike, the other governors that make up the five are Samuel Ortom of Benue, Seyi Makinde of Oyo, Okezie Ikpeazu of Abia, and Ifeanyi Ugwuanyi of Enugu.

The Rivers State governor spoke at the new Banquet Hall of Benue State Government House, Makurdi, during a dinner on Sunday night organised in honour of the G5 by Ortom.

“And if you look at us here, the way we are, people have tried to see how they can break us, you cannot. We are bonded to save Nigeria.

“That is why when you see all of us, we are impenetrable. Nobody can divide us. They have tried everything in this world to divide us, but no way.

“The way we operate; I will talk, we have people who don’t talk. You may be underrating them. By the time they will shock you, you will think it is Wike, it is not Wike you are seeing,” he said.

Wike said Nigerians are expecting the PDP to rescue the country, but it appears that the leadership of the party is not showing serious commitment to that course.