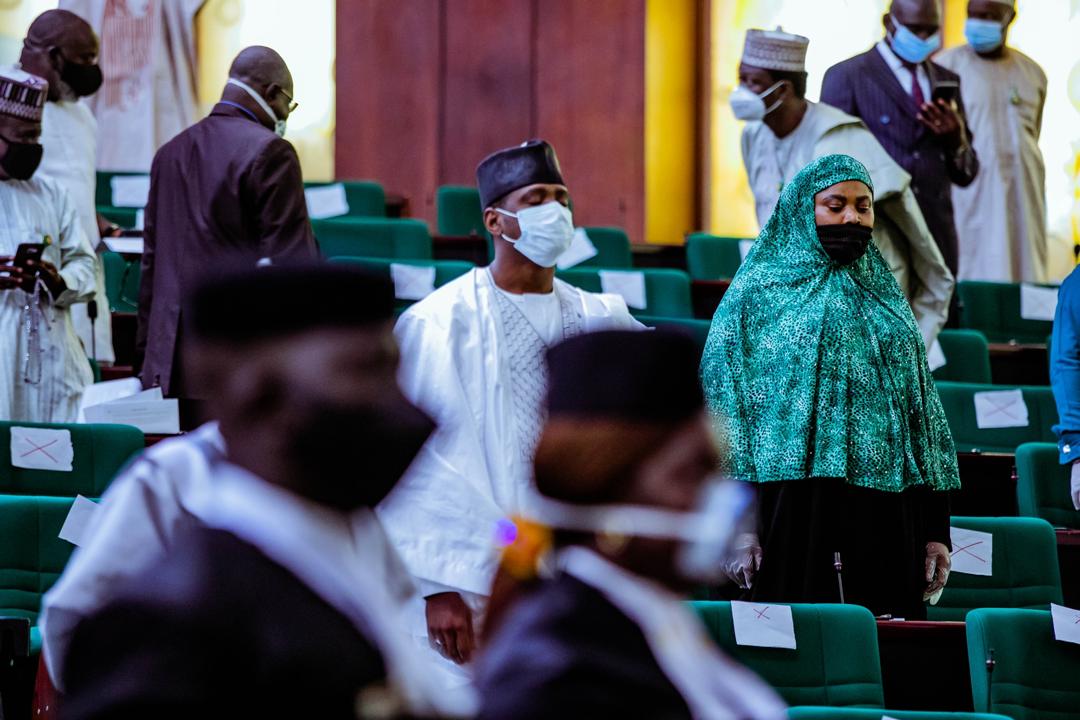 The Chairman of Revenue Mobilization Allocation and Fiscal Commission (RMAFC), Mohammed Bello Shehu, says no Nigerian legislator or minister earns more than a million naira in a month.

He said this while denying the notion that the review of the remuneration the RMAFC has embarked on is to increase the salary of politicians and political office holders.

“There are lots of lapses there (remuneration), so this is what has informed us to do this exercise now, it is not true that we are just trying to like put a bonus or a jumbo package to president, governors and legislators, and contrary to what a lot of people perceive and believe to be so that legislators and senators have jumbo salaries, no; there is no legislator, no senator, no minister that earns over a million naira a month in Nigeria,” Shehu on Channels Television Sunrise Daily programme on Friday.

The RMAFC Chairman said the remuneration review exercise was ordered by President Muhammadu Buhari following a recent serious agitation for review of salary of judges, adding that they are going beyond just salaries to fix other issues as well.

“The president set up a committee and the committee made recommendations and he ordered the Attorney General of the federation to liaise with the Revenue Mobilization Allocation and Fiscal Commission to look into this and come up with something. So we are not only looking at that, we feel it is time to review the entire package, review does not mean we are going to increase it or we are going to reduce it or it’s going to remain same, we are going to look at all other issues and these things will be done scientifically, so it’s not anything that is new to the commission,” Shehu added.

The RMAFC had a few weeks back announced that it has concluded arrangements to start the process for carrying out the review of the remuneration for Political, Public and Judicial office holders in the country.

Making the announcement, Shehu had pointed out that pursuant to the functions of RMAFC in paragraph 32(D) of part 1 to the third schedule of 1999 constitution of the Federal Republic of Nigeria as amended, empowers the Commission to determine the remuneration appropriate to political, Public and Judicial office holders in the country informing that the last time the review was carried out was 2008 which makes it even overdue for review.