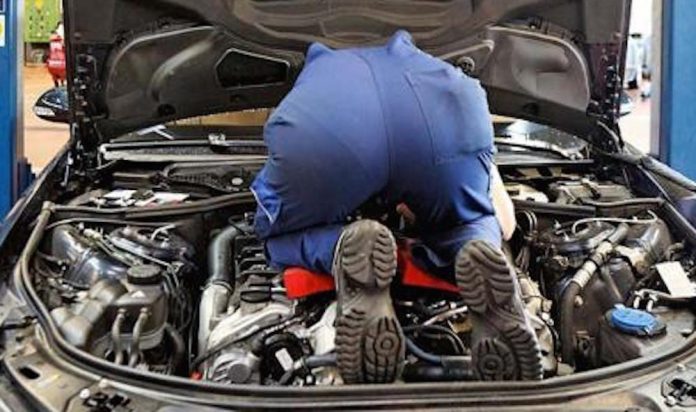 A mechanic, Mudasir Alhassan, was on Friday docked in a Kado Grade I Area Court, Abuja, for allegedly attempting to steal a car parked in the mosque.

The police charged Alhassan with joint act and attempt to commit an offence of theft.

The Prosecution Counsel, Charity Nwosu, told the court that on Oct. 27, at about 11:30 p.m, the complainant, Ahmed Lawal of Abeokuta, reported the matter at the Utako Police Station.

Nwosu in a report by NAN alleged that the defendant and one Adama, now at large formed a common criminal intention by opening the complainant’s car parked at Jabi mosque with a master key.

She told the court that the defendant was caught inside the car with the master key at his possession, has they attempted to steal the car however, the accomplice escaped arrest.

The prosecution council told the court that during police investigation the defendants could not give a satisfactory account of his actions.

The prosecution council said the offence contravened sections 79 and 95 of the penal code law.

The defendant however, pleaded not guilty to the charge.

The Defence Counsel, Mr K. Nwafor, applied for bailfor his client in the most liberal terms.

Nwafor made the application citing sections 36 of the 1999 constitution and sections 158 of the Administration of the Criminal Justice Act (ACJA) 2015, promised that the defendants will not jump bail if granted.

The prosecution counsel, however, did not object to the bail application made by the defense counsel.

The Judge, Malam Muhammed Wakili, admitted the defendant to bail in the sum of N100, 000 and one surety each in like sum.

Wakili ordered that the surety must provide a BVN print out, recent passport photograph and a valid identification card, which must be verified by the court registrar.

The judge adjourned the matter until Jan.19, 2023 for hearing.