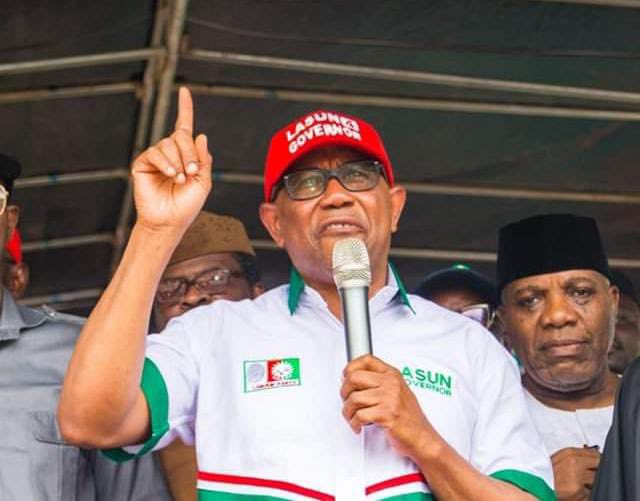 Presidential candidate of Labour Party, Peter Obi has denied claims that he arrested and detained Governor Nasir El-Rufai of Kaduna state in Anambra state while he was governor of the state.

He said, “There’s no way, I can not do that. I never ordered any AIG to arrest or detain anybody. I had the best ADC, the best policeman in Nigeria. He is from Kano.

“The police commissioner that was there then was from Adamawa. The AIG in that election was from Nasarawa, strictly Nasarawa from the North. Tell me how I will use my power to issue order for somebody to be detained.

“There is no way I can do that, I didn’t ask anyone to do that, as Governor of Anambra State,” he said.

El-Rufai had claimed that Obi, arrested him in Anambra state when he (Obi) was governor in 2013.

El-Rufai, who made this disclosure at an interactive session of Arewa Joint Committee in Kaduna on Monday, stated that Obi arrested and detained him for 48 hours.

According to El-Rufai, Obi was seeking a second term in office on the platform of the All Progressives Grand Alliance (APGA) at the time.

El-Rufai stated that he (El-Rufai) visited Anambra to monitor the state’s governorship bye-election at the time.

He said, “In 2013, I went to Anambra State as an official of the APC to witness the bye-election for governorship.

“Your next guest, Peter Obi, as governor, got me arrested and detained for 48 hours in my hotel room.

“Now I’m the Governor of Kaduna State and he’s coming to Kaduna.

“In addition to the police and the State Secret Service, I have one Mechanised Division of the Nigerian Army here, if I need to arrest and detain anyone.

“But we are northerners, we are civilised. We don’t do things like that.

“I wish you all safe journey back to your destinations,” he said.

El-Rufai said he had all the security architecture at his disposal now that the Labour Party candidate was coming into his domain.