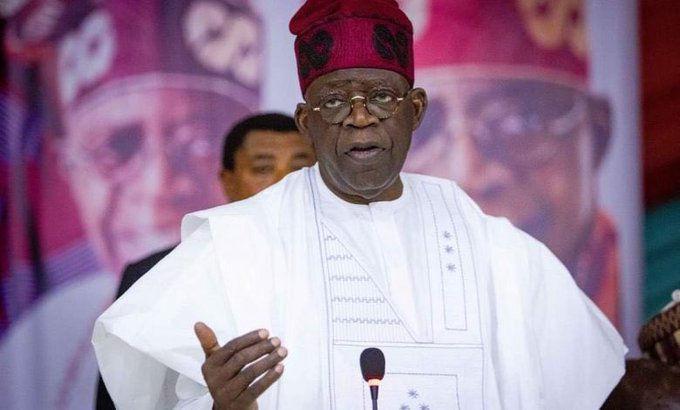 The presidential candidate of the All Progressives Congress (APC) Bola Tinubu has asked his Peoples Democratic Party (PDP) counterpart Atiku Abubakar to step down and endorse him (Tinubu) ahead of February 2023 presidential poll.

Channels Television reports that, Tinubu asked Atiku to reciprocate the “gesture” he gave to him when he contested for the presidency in 2007 under the defunct Action Congress of Nigeria (ACN) by dropping his ambition and endorse him.

Tinubu spoke on Monday when he met with leaders from the northern part of the country under the umbrella of Arewa Joint Committee for an interactive session.

The meeting was part of a wider interaction with selected presidential candidates to discuss their plans for the region ahead of the 2023 general elections.

The appearance of the APC presidential candidate came two days after his rival in the PDP engaged in similar interaction with the northern leaders.

The interactive session held at the Arewa House in Kaduna was organised by a coalition of six groups from the North including the Arewa Consultative Forum, Sir Ahmadu Bello Memorial Foundation,, Northern Elders Forum, Jamar Matan Arewa among others.