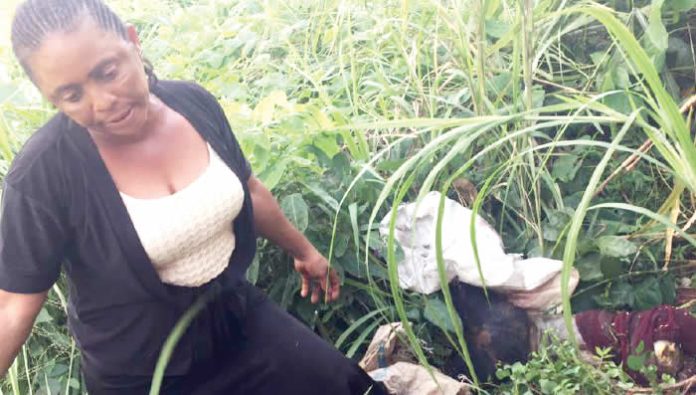 A woman, Chinelo Udogu, has been arrested by the police in Anambra State for allegedly flogging her three-year-old child to death.

Sources said the suspect, after realising that her daughter had died, put her corpse in a bag and dumped it in a bush at Amikwo, Awka, the state capital.

PUNCH Metro gathered that some residents, in collaboration with security agents, apprehended the suspect, who took them to the bush where she dumped the decomposing body of the victim.

On interrogation, the suspect said, “I beat her and she started convulsing. So, I took her to Kings (hospital). Getting there, she died, so I threw her body here.”

Although it was not stated when the incident happened, but the Anambra State Police Command confirmed that the suspect had been arrested and the matter transferred to the state Criminal Investigation Department for further investigations.

The state police spokesman, Tochukwu Ikenga, said the child’s body had been recovered.

Ikenga said, “On the incident about a woman, Chinelo Udogu, who allegedly flogged a three-year-old child to death and dumped her body in a bush at Amikwo, Awka, she has been arrested and the victim’s body recovered.

“The lesson for us to learn is that we should be cautious when angry and desist from going physical when correcting our children.”