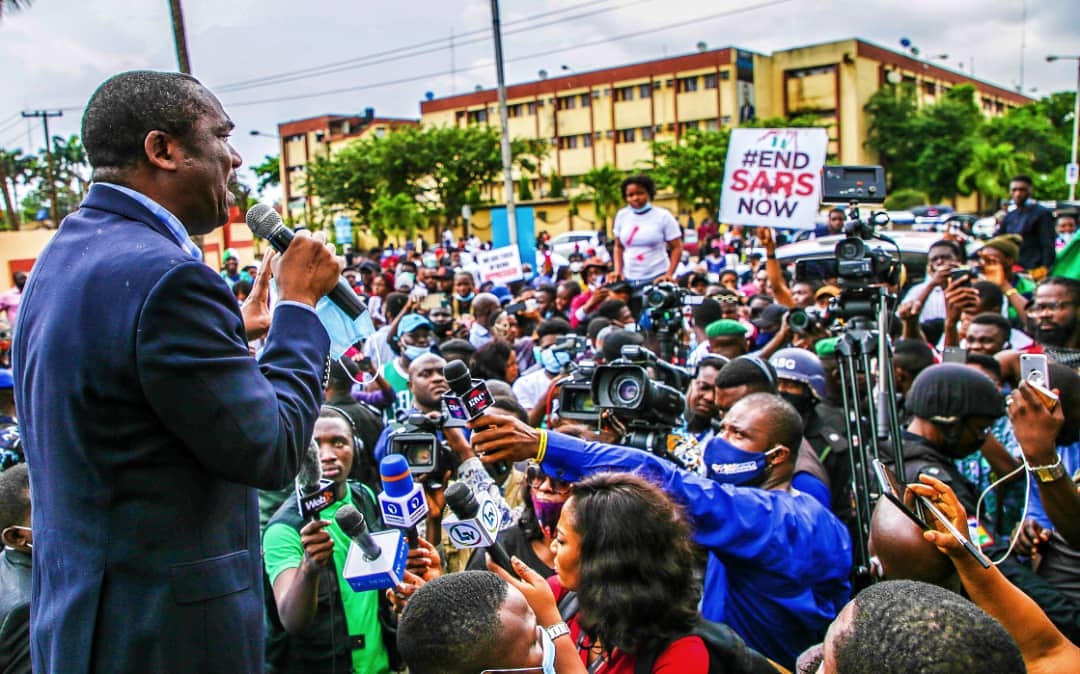 The Independent National Electoral Commission (INEC) in Lagos State on Thursday said that no fewer than 1,096,355 Permanent Voter Cards (PVCs) printed prior to the 2019 general elections were still yet to be collected in the state.

The new INEC Resident Electoral Commissioner (REC) in the state, Mr Olusegun Agbaje, disclosed this at his maiden stakeholders’ meeting with party leaders, civil society organisations and other relevant stakeholders on Thursday in Lagos.

“Let me also inform you that some Permanent Voter Cards (PVCs) of those that registered prior to the 2019 General Election are still available at all the 20 LGAs for collection by those who are supposed to have done so.

“Out of the remaining ones, 5,202 had so far been collected since the beginning of the CVR exercise last year.

“I want to use this opportunity to urge all those that are yet to collect their PVCs to go to the  INEC offices in the LGAs where they registered to do so.

“All PVCs issued by INEC are valid to be used to vote in all elections conducted by INEC including the 2023 General Election,” Agbaje said.

The REC said that the level of participation of eligible residents of the state since the beginning of the CVR , both online and physical capturing exercise, was very low compared to other states in the country with lesser populations.

According to him, those who have registered online without completing the physical capturing exercise will not be eligible for PVCs and cannot vote in 2023.

He said that the third quarter of the CVR had been concluded and the printing of the register generated during the third quarter was at an advanced stage , and would be on display between March 26 and April 1, for claims and objections.

Agbaje said that the fourth quarter CVR would take place between April 11 and June 30.

“So far, a total of 112,127 eligible citizens have completed their registration as of March 21 in Lagos State since the beginning of the CVR in 2021,” the INEC REC said.

He said that prior to the expansion of Voter Access to Polling Units across the Federation by the Commission in 2021, Lagos State had 8,464 Polling Units, but the Polling Units had increased to 13,325 after the exercise.

The commissioner urged party leaders and the media in the state to assist INEC in educating the voters to register or transfer their registration to the new polling units in the ongoing CVR so as not to defeat the purpose of creating them.

Agbaje urged political parties to always adhere strictly to their respective parties’ constitutions, the Electoral Act, and the Constitution of the Federal Republic of Nigeria in all their affairs, particularly by ensuring internal party democracy during the upcoming primaries.

The REC noted that the major challenges facing the commission were “the win-at-all-cost attitudes of some politicians and voter apathy.

In his remarks, Mr Olusegun Mobolaji, the Chairman, Inter-Party Advisory Council (IPAC), Lagos State said that the council was ready to work with INEC in all its activities ahead of the 2023 general elections.

Also, Prince Ifagbemi Awamaridi, the Lagos State Chairman of Labour Party (LP), said that all stakeholders were demanding from INEC were integrity and transparency, saying that people would not complain if elections were free and fair.

Mr Richard Benson, the Lagos State Vice-Chairman of New Nigeria Peoples Party (NNPP) and Publicity Secretary, IPAC, called on INEC to do more on awareness campaigns and opportunity for people living with disability.