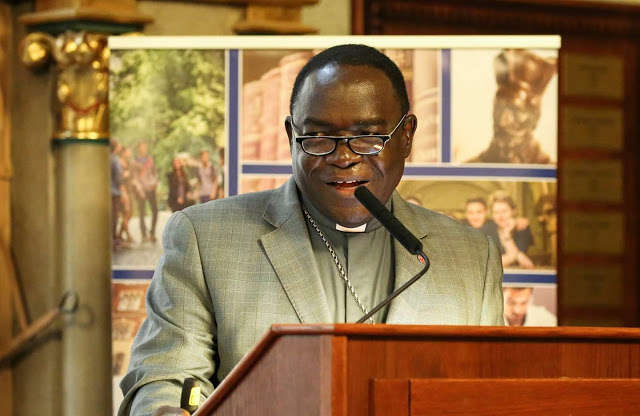 On Saturday, the Bishop of the Catholic Diocese of Sokoto, Matthew Hassan Kukah, said President Muhammadu Buhari owes Nigerians explanations about the rising kidnappings and killings in Nigeria.

The cleric slammed the President over the worsening security situation in the country.

In his 2021 Christmas Message titled, ‘A Nation Still In Search of Truth & Vindication’, Kukah also slammed his “northern brethren”. They levelled accusations against him when he raised the alarm about the cruel state of insecurity in the region.

Kukah said Katsina-born Buhari from northern Nigeria and his government must move quickly “before Arewa, our beloved Arewa, descends into Arewanistan!”

By mentioning “Arewanistan”, the cleric reminds Nigerians of Afghanistan’s takeover in August 2021 by an Islamic militant group known as the Taliban following the withdrawal of American forces from the landlocked Asian country. The fighters took over the war-torn country with 39 million people forcing Afghanistani civilian President Ashraf Ghani to abscond the presidential palace and jet out.

In his 2021 Christmas message, Kukah recalled, “At about this time last year when I raised the alarm about the perilous state of affairs in northern Nigeria, all kinds of accusations were levelled against me especially by my northern brethren. When the Catholic Bishops protested openly against the killings of our people in March 2020, we were accused of acting against the government with religious motives attributed to our noble intentions. Now, we are entirely in the grip of evil.

“Today, a feeling of vindication only saddens me as I have watched the north break into a cacophony of quarrelsome blame games over our tragic situation. A catalogue of unprecedented cruelty has been unleashed on innocent citizens across the northern states. In their sleep, on their farmlands, in their markets, or even on the highway, innocent citizens have been mowed down and turned into burnt offerings to gods of evil. Communities have been turned into gulags of misery, death, pain, and perfidy. We must move quickly before Arewa; our beloved Arewa descends into Arewanistan!”

The fiery preacher described as complicitous, the continued silence of the Buhari regime on the disappearance of the remaining Chibok schoolgirls – Dapchi schoolgirls Leah Sharibu and other abducted students forgotten for years in their captors’ den.

He wrote, “The silence of the federal government only feeds the ugly beast of complicity in the deeds of these evil people who have suspended the future of entire generations of our children.

“Every day, we hear of failure of intelligence, yet those experts who provide intelligence claim that they have always done their duty diligently and efficiently. Does the President of the Federal Republic of Nigeria not believe that he owes parents and citizens answers about where our children are and when they are coming home?

“Does the President of Nigeria not owe us an explanation and answers as to when the abductions, kidnappings, brutal, senseless, and endless massacres of our citizens will end? When will our refugees from Cameroon, Chad or Niger return home? We need urgent answers to these questions.”

“While I commend the efforts of our security men and women – I call on the President, in collaboration with the Governors who are doing their best to preserve and protect their people from developing a more honest, open, and robust strategy for ending the humiliation of our people and restoring social order to our people. We have borne enough humiliation as communities and as a country,” he added.

Advertisement
Related Topics:Catholic Diocese of SokotoKidnappingsMatthew Hassan Kukah
Up Next

Celebrating Christmas is like celebrating slavery – Daddy freeze Tells Africans, Christmas has nothing to do with Christ