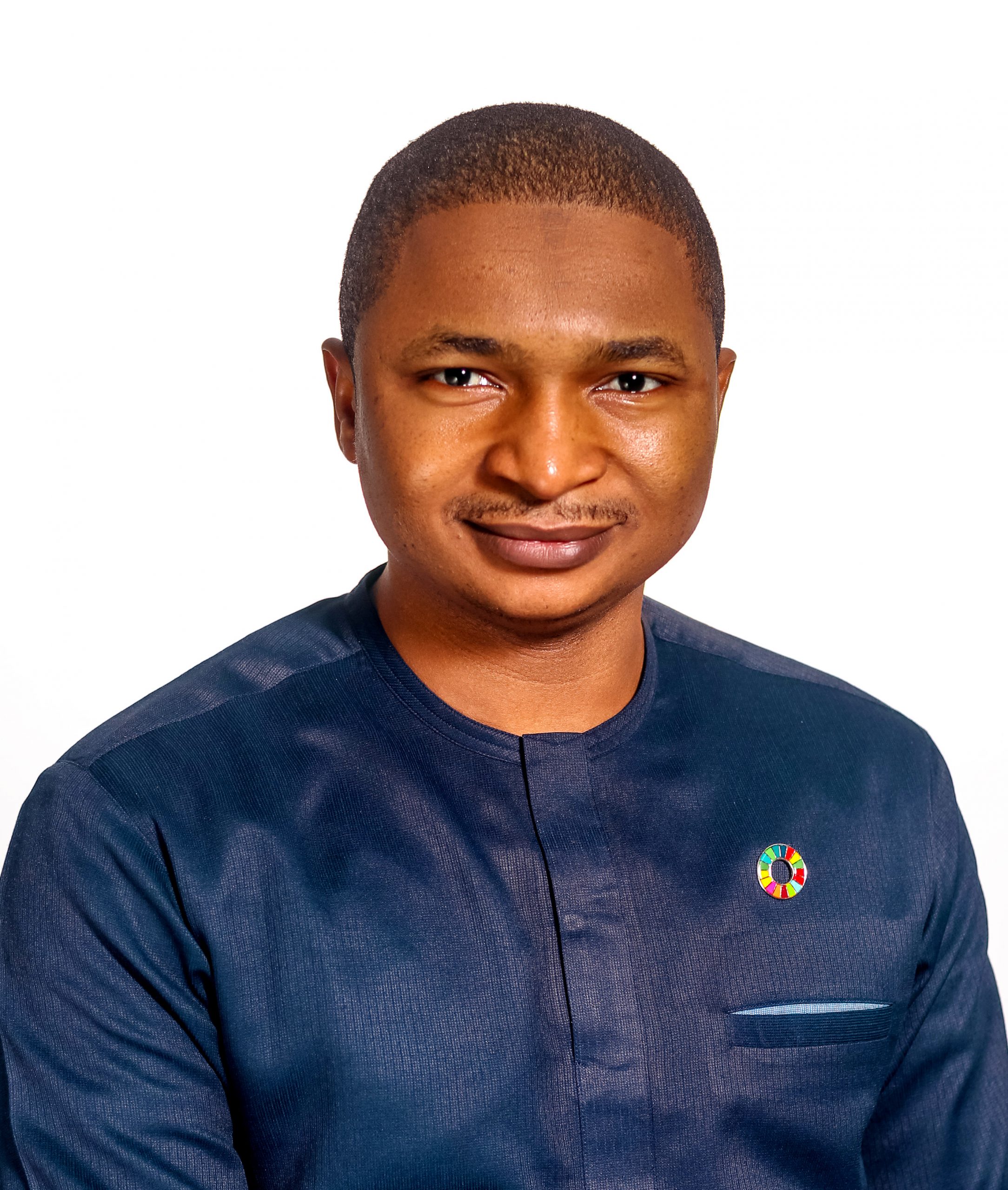 We live in a world that is transforming, where norms are disrupted at the speed of light. However, a dimension of disruption that I still look forward to – the  transfer of presidential power to the womenfolk.

For centuries now, we have lived with the paradox of ‘Man-Power’ on this planet. There have been successes recorded in leaps and bounds but we must admit that things have also fallen apart. More than 10 million people die of hunger every year; poverty, gender inequality and now the climate crises are some of the toughest issues we still have to tackle in a world where we celebrate technology advancements. Men have been at the forefront of tackling these global issues, with the support of women, of course. However, a disruption that must not be delayed any longer is one where a woman is given the opportunity to take the reins of highest power, especially in Africa where talks of a woman President are rare and deemed unacceptable.

Women may be seen as the softer gender but they are powerful beyond our imaginations. This is why I strongly hold the conviction that women must be given the opportunity to hold absolute leadership positions such as the Presidency. I believe that now is the time to not only work for a change of narrative in women leadership, but to also embrace the change when it comes.

I must mention that the relevance and value of the Nigerian woman is not up for debate. The feminine gender has blazed the trail in every sector – in business, education innovation, civil society and even in the new  “green industry” (renewable energy) and the entertainment industry is abuzz with them too. However, one sector that continues to witness a dearth of women leadership is the political sector. Over the years, thousands of women have played pivotal roles in electing men into political offices, while voting in a handful of women into office. To put things in perspective, in the last Nigerian general elections, women accounted for over 40 million registered voters, meaning that they made up about 47.14 percent of the total eligible voters, yet were poorly represented.

From my experience as a social accountability activist, I have not witnessed anything trickier than allowing a previously marginalized class into an enclosed political niche. My colleagues and I ran the campaign known as #NotTooYoungToRunand I came face to face with entrenched biases nurtured over the years and have festered into a gangrene that now threatens national growth and development. The campaign, however, was successful.  In hindsight, I am convinced that we could break the glass ceiling by accepting the reality that we must work for change. Call it #NotTooFeminineToRun or #HelpWomenWin, the woman must stand up, organize and strategize, before she can buck the trend.

To be fair, women have often struggled for leadership roles in a male-dominated world. They have to deal with challenges that are beyond their control– patriarchy and deeply rooted traditions and social conditioning that program women to play second fiddle. While I call on women to arise, I acknowledge that men must also give unconditional support to women in leadership roles and women that are aspiring to be leaders. There are so many examples of global women leaders who have continued to thrive, progress and build their countries. This is a progressive development that Nigeria must adopt.

Nigeria is a beacon of hope in Africa; but more than 61 years after independence, we have never had a woman occupy the highest seat in the land, not even as the Vice-President, or a duly elected Governor of a State. The irony, however, is that while we are one of the most culturally diverse, modern and cosmopolitan African nations, we are still backward in terms of gender equity.

The last National Convention of the main opposition political party, the People’s Democracy Party (PDP), has shown that we still have a long way to go. Of all the twenty-one National Working Committee seats in the PDP, only one was won by a woman-that of the Women Leader. This means that in practical terms, no seat was conceded to a woman as the women leader’s seat could not have possibly gone to the male gender.  Is this a sign of things to come? Yes. But we can challenge the status quo!

It is time to vote women into elective offices, including that of President of Nigeria. There are exemplary women in leadership who have blazed exceptional trails and are presidential materials in their own right.  Take for instance, Dr Ngozi Okonjo-Iweala and Ms Amina J. Mohammed, who are now on global assignments.

It was under Okonjo-Iweala’s tenure as two-time Finance Minister that Nigeria became the biggest economy in Africa. She is now at the helm of affairs at the World Trade Organization (WTO), elected at the right time to move forward an institution that was beset with huge challenges as the global community struggles to recover from the COVID-19 pandemic. On her part, Amina J. Mohammed, now the Deputy Secretary General of the United Nations, led the Millennium Development Goals (MDGs) interventions in Nigeria, and also rallied stakeholders for building the post-2015 infrastructure for the Sustainable Development Goals (SDGs) mechanism.

The glass ceiling is not easy to crack, though. In the United States of America,  Hillary Clinton nearly made history when she almost clinched the highest office in 2016. She was  treading the path paved by female presidential aspirants before her such as Margaret Chase Smith, 1964; Shirley Chisholm, 1972; Patricia Schroeder, 1988; Elizabeth Dole, 2000; Carol Moseley Braun, 2004.

We must not lose sight of the goal and must find a way to liberate women for political offices, even the presidential seat. However, the strategy can be like that of the #NotTooYoungToRun (the Age Reduction Act), which was actually a legislative reform aimed at amending the constitution to accommodate young people in elective offices. It was led by young people from different fields with different capacities, strengths and resources. By the time the bills were presented in the Senate and at the House of Representatives, the movement had already engaged the legislators at the state levels. Young people drove this initiative because it was in their interest.

Now, for us to have a Madam President, women need to come together too. We can take lessons from  America. EMILY’s List was founded in 1985 by Ellen Malcolm as a political action committee that aims to help elect Democratic female candidates in favour of abortion rights to office. The power of money in political campaigns is very important to electing women, so EMILY which is an acronym for Early Money Is Like Yeast because “it makes the dough rise” is a reference to the convention of political fundraising which theorizes that receiving many donations early in a race helps to attract subsequent donors. It now has over two million members.

In 1986, early financial support from EMILY’s List helped elect Barbara Mikulski of Maryland, the first female Democrat elected to the United States Senate in her own right (not appointed or filling a seat of a deceased husband). It endorsed 31 candidates in 2006, eight of whom were victorious. In the 2016 election cycle, it raised $60million, much of which was earmarked for Hillary Clinton, through its “Madam President campaign” initiative.

EMILY’s list chose to focus on raising money early for women in politics because women were not getting money from the Democratic party and that hindered them from winning political races despite that they were qualified.  The money raised prior to campaigns helped authenticate the movement and was crucial to attracting more funding from philanthropists and investors later on.

In Nigeria, the way Feminist Coalition 2020 raised and disbursed money during the #EndSARS protests showed that women over here could deploy the American strategy for female politicians in Nigeria.

This is why we must applaud the ElectHer movement, a progressive women’s political advancement organization in Nigeria. In March 2021, ElectHer launched its Agenda35 campaign unveiling its $10 million campaign fund with $2 million secured to support 35 women to run for offices in 2023. While this is commendable effort and a great start, we must not rest at this junction.

Infact, to record greater success, aspiring women leaders in Nigeria must prioritise  data gathering. People need to know how Nigerians vote, and who they want to vote. It is time to change the narrative. Women must resist being relegated to the back and attain higher political success in the next presidential election. They must fight against being used as political tools by their male counterparts. They need to see through the charade and reject empty promises and paltry gifts of male political machinery and support their fellow womenfolk in order to achieve gender balance and equity in the society. In less than two years from now, President Muhammadu Buhari administration shall come to an end. The question is, would women be among the gladiators fighting to save our democracy and  replace the present occupant of Aso Rock?

Hamzat Lawal is a #HeForShe advocate, and activist that leads grassroots campaigns across Africa. He is the Founder of Connected Development [CODE] and Follow The Money.