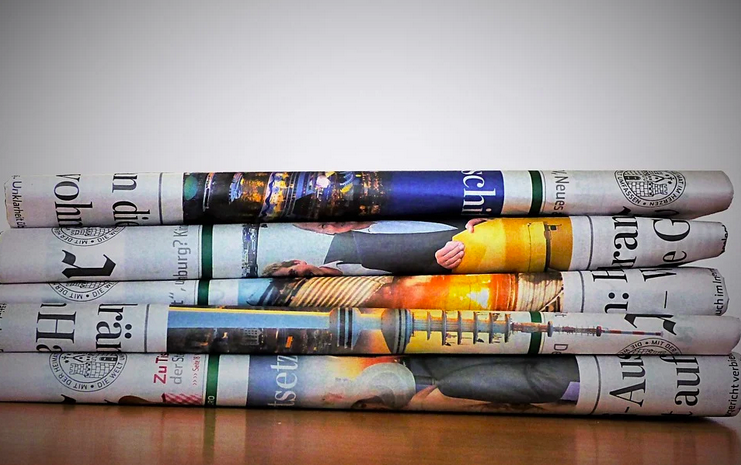 Here’s a summary of Nigerian Newspapers Headlines today, the 10th of November 2021, brought to you by NewsWireNGR news in brief team, but first we will start with the most trending headline for majority of the Newspapers across the country.

(1) Former governor of the Central Bank of Nigeria and candidate of the All Progressives Grand Alliance, Prof Chukwuma Soludo, has been declared winner of the Anambra Governorship Election by the Independent National Electoral Commission.

The Returning Officer of the Anambra Governorship Election, Prof Florence Obi, announced the result on Wednesday morning at the INEC office in Awka, Anambra State.

(2) President Muhammadu Buhari has arrived Paris, French capital, for a one-day official visit as guest of President Emmanuel Macron at Palais de l’Élysée today, after which he would along with other world leaders attend a three-day Peace summit holding also in Paris.

During the state visit, the president is expected to discuss bilateral relations bordering on security, health and economy between Nigeria and France with President Macron.

(3) The 36 States of the federation including the Federal Capital Territory (FCT) generated a total of N849.12 billion as Internally Generated Revenue (IGR) in the first half of the year (H1 2021).

(4) The Leader of the Indigenous People of Biafra (IPOB), Nnamdi Kanu, will return to court in Abuja today for a resumed hearing on the charges brought against him by the Federal Government.

The Federal High Court, Abuja, had three weeks ago fixed November 10, 2021, to hear an application filed by Kanu challenging the competence of the treasonable felony charges filed against him by the Federal Government.

(5) The Federal Airport Authority of Nigeria (FAAN) has warned bribe-takers at the airports that they will be barred for life from working at FAAN airport terminals across the country regardless of whether the violator is a government or private-sector staff.

FAAN Managing Director, Capt Rabiu Yaduda, told journalists in Abuja on Monday after an emergency meeting with FAAN management, airport managers, and the Special Adviser to the President on Ease of Doing Business, Dr Jumoke Oduwole, that the indiscipline at the airports was embarrassing FAAN and Nigeria.

(6) Suspected bandits have killed at least seven policemen in an ambush near Zonai village in Magami district in Gusau Local Government Area of Zamfara State.

The policemen, residents said, were returning from duty where they mounted, on Monday, a check point near Zonai village along Gusau-Magami-Dansadau road when the armed gang opened fire on the vehicle conveying the officers.

(7) The Senate on Tuesday approved the conference committee report on the Electoral Act Amendment Bill. The report was approved after the Senate Leader, Yahaya Abdullahi, moved a motion on Tuesday. The Senate and House of Representatives had in July passed different versions of the bill.

(8) Unknown gunmen, suspected to be members of the Indigenous People of Biafra, IPOB, this afternoon engaged security operatives in a shootout for about three hours at the border town of Orsumoghu town.

The town is about two kilometres from Orsu Local Government Area in Imo State.