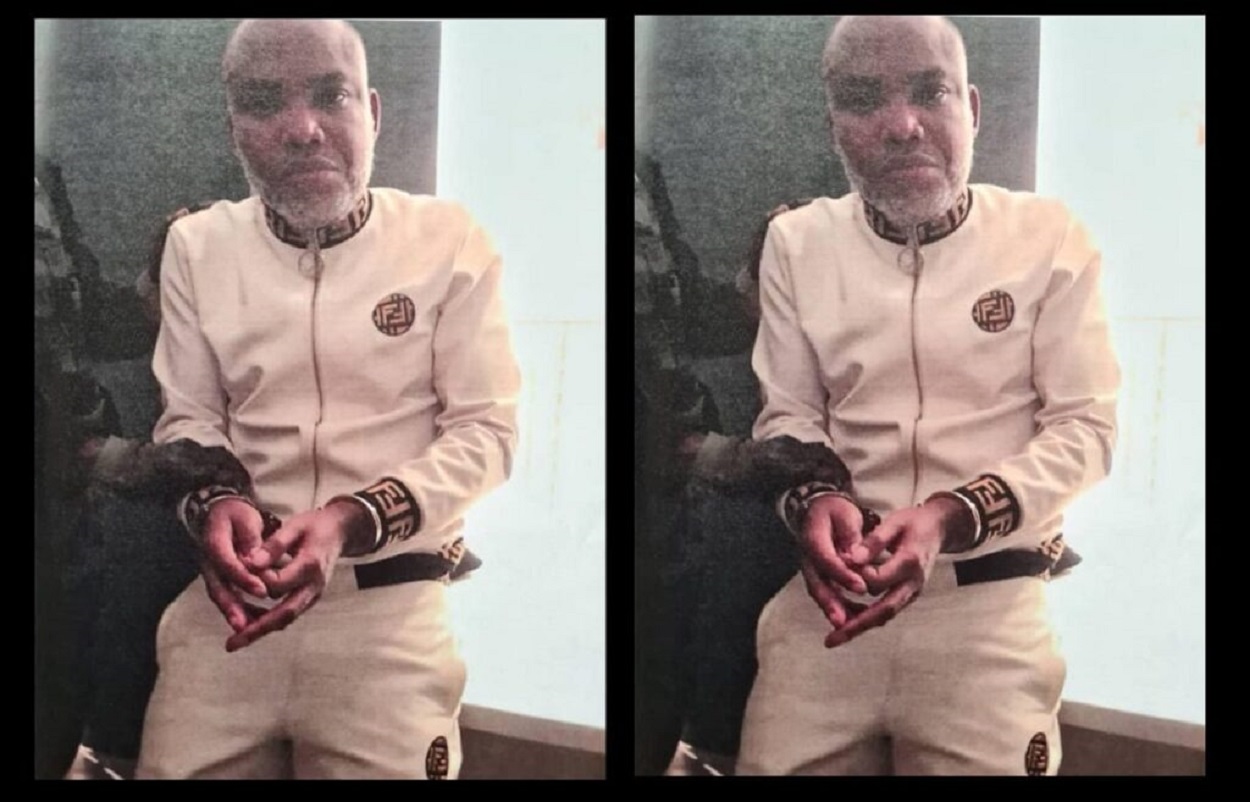 The Federal High Court, Abuja, is currently under heavy security in preparation for the appearance of the embattled leader of the proscribed Indigenous People of Biafra (IPOB), Nnamdi Kanu.

Nnamdi Kanu is detained in the custody of the Department of State Service (DSS) after he was re-arrested in an undisclosed country following his escape after jumping bail.

The DSS however, in July was unable to present the IPOB’s leader in court for the continuation of his trial. The security agency’s lawyer claimed the reason Kanu was unable to be presented was because of a logistic issue.

However, the Federal Government has filed an amended seven-count charge against Nnamdi Kanu.

Kanu is expected to take a fresh plea before trial Justice Binta Nyako, on an amended seven-count charge bordering on incitement, treasonable felony and terrorism.

Some of the security agents at the court were drawn from the Department of State Service, the Nigerian Police Force (NPF), the Nigerian Security and Civil Defence Corps (NSCDC) and the Nigerian Army (NA).

Meanwhile, Ohanaeze has called on the Presidency to ensure that Kanu is produced in Court on Thursday.

Ohanaeze said the appearance of Kanu in Court “is necessary to prove to the global community that Nnamdi Kanu is not only hale and hearty but that shady judicial process is not contemplated while on trial”.

Also, the proscribed IPOB group has announced a Sit-At-Home scheduled for Thursday as protest for the continuous detention of its leader.