Ex-convict nabbed in Ogun for disguising as soldier 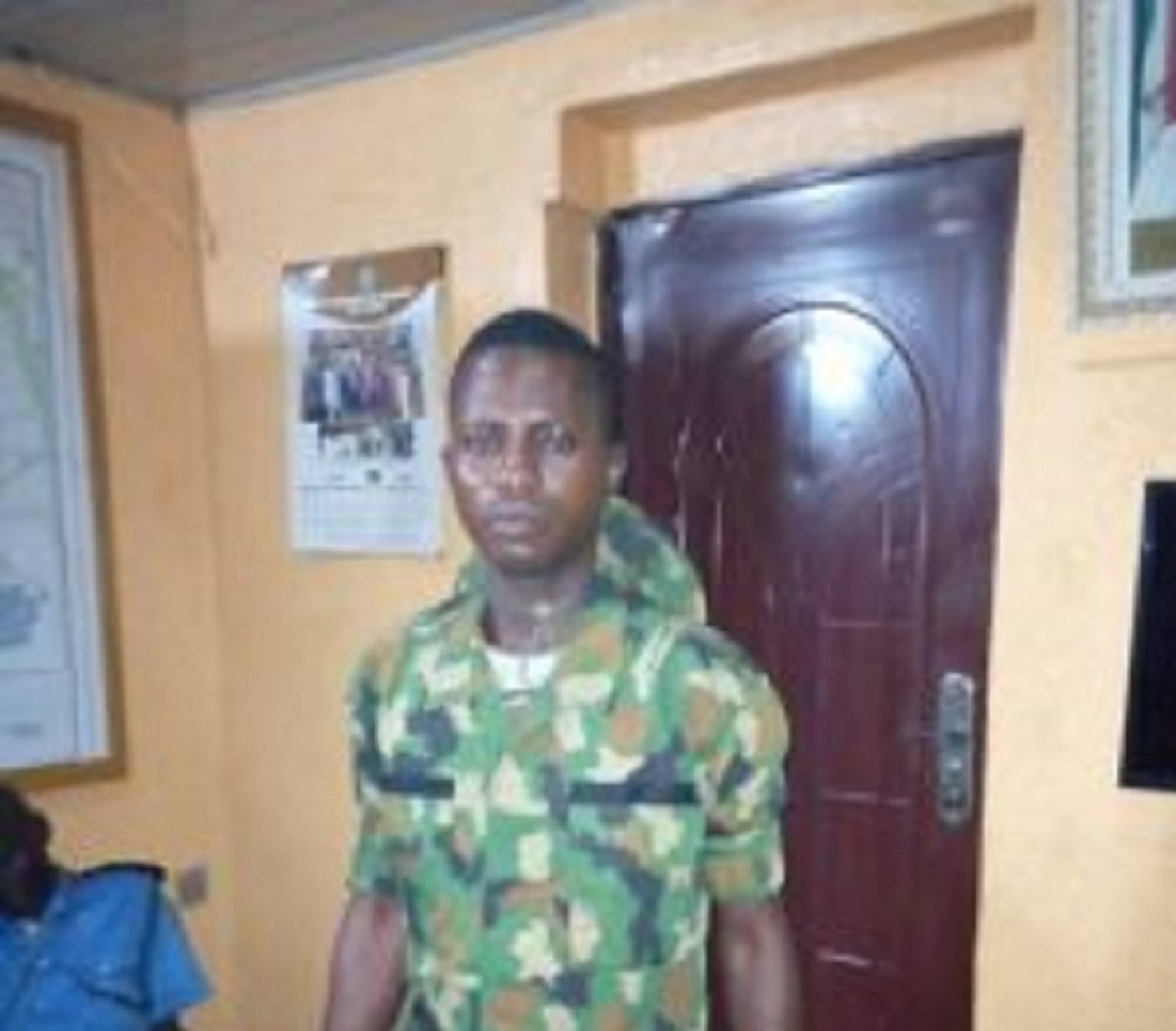 Police in Ogun State said on Sunday that they have arrested an ex-convict, Segun Ogundeji, who impersonated as a soldier at Sango-Ota Police Divisional Headquarters in Ogun.

Police spokesman in Ogun, DSP Abimbola Oyeyemi, made the declaration in a statement issued in Ota.

Oyeyemi stated that Ogundeji was arrested when he went to Sango-Ota Divisional Headquarters, fully dressed in army camouflage to solicit for the release of a suspect.

“On getting to the station, Ogundeji met an Air Force man, one Cpl. John Temitope, who accused him of failure to give him official compliment, as a result of which a quarrel ensued between them.

“It was the quarrel that led the Divisional Police Officer (DPO), Sango-Ota, CSP Godwin Idehai, to interrogate them. It was during the interrogation that the police discovered that Ogundeji is not a military man.

“It was also discovered that a court once convicted Ogundeji for impersonation,’’ he stated.

Commissioner of Police, CP Edward Ajogun, has ordered a full investigation into the past activities of the Ogundeji.

Police arrest one over bandits’ threat letter to Sokoto communities

Mother sleeps with two sons, gives birth to three kids for one in Kwara