Israeli filmmakers arrested by DSS over IPOB connections have been released 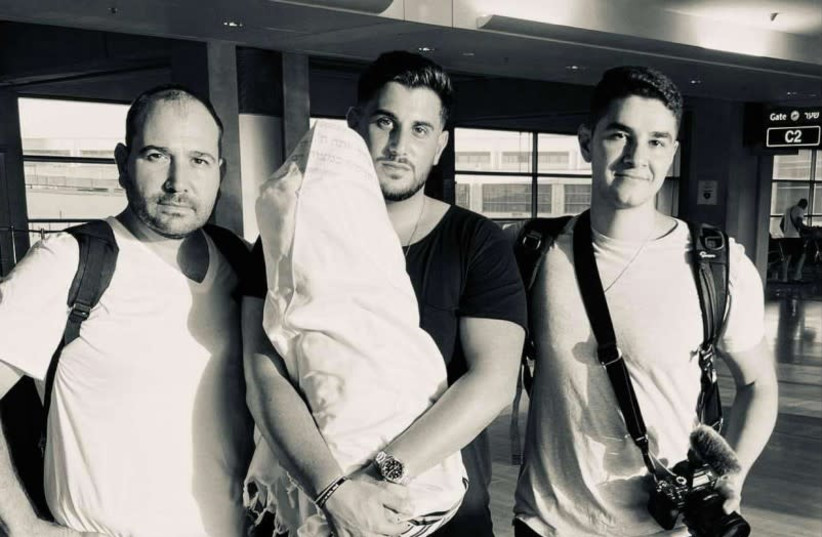 Three Israeli filmmakers who were imprisoned in Nigeria for 20 days were released from custody Wednesday night, and boarded a plane for their journey back to Israel.

Nigerian authorities released the trio from prison Tuesday evening and handed them over to US custody. American embassy staff then took them to the local Chabad center to spend the night.

They were given their passports and phones just before their flight took off for Istanbul Wednesday night.

They will arrive at Ben Gurion Airport Thursday morning at 8:50 am.

Rudy Rochman, a pro-Israel activist with almost 95,000 followers on Instagram, filmmaker Andrew Noam Leibman and French-Israeli journalist Edouard David Benaym were arrested on Friday, July 9th and detained at a synagogue during night services in Ogidi village by Department of State Security Service, DSS over an alleged connection with the Biafra separatist group, They were then taken to Abuja later.

The Israelis were in Nigeria to film “We Were Never Lost,” a documentary exploring Jewish communities in African countries such as Kenya, Madagascar, Uganda and Nigeria. They were focusing on the Igbo Jewish community in Nigeria.

Nnamdi Kanu: IPOB threatens lock down in the South East