'The moment he is released, kill him' - Islamic cleric orders death of man arrested in Sokoto for blasphemy 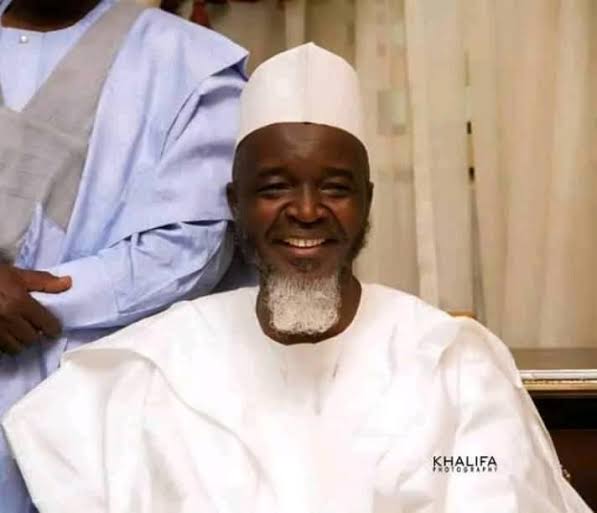 An Islamic cleric, Sheikh Bello Yabo, has ordered the murder of a young man arrested in Sokoto on allegations on blasphemy against prophet Mohammed.

Last week, protesters had trooped to the palace of the Sultan of Sokoto, demanding punishment for the suspect, Isma’il Isah.

Mr Isah reportedly made the allegedly blasphemous comments on Facebook in frustration over his failure to secure an appointment with a local government in the state.

He was also accused of making derogatory comments against a government official whom he accused of denying him opportunity to secure government work.

Reacting to the news of his arrest in a sermon, Sheikh Bello Yabo said a Muslim who blasphemes ‘must be killed’

A video of the sermon, which was delivered in Hausa has been obtained by NewsWireNGR.

Watch the video and read the transcript below:

Here’s the Transcript of what the Cleric said:

May God bless you Sokoto citizens of Shehu (The Sheikh). Whoever follows Facebook and other social media and sees the way you came out en mass ands went to the Palace of the Sultan, shows that the People of Sokoto are standing on the precepts laid down for them by Usman Dan Fodio. Therefore, may Allah bless you. The very moment he is released, kill him. The issue of him being insane is irrelevant. If he was insane, does he have no one to blaspheme against apart from the Apostle of Allah? We are also insane because they have touched the Prophet. So, he is insane, we too are insane. The moment he is released, kill him. Not just him alone, whoever touches the Apostle of Allah, kill him. He has no other judgement; even if it’s Bello Yabo (himself) that touches the Apostle of Allah has no judgement other than being killed.

Therefore, stand firm on that doctrine that Shehu Dan Fodio taught you. For us, alhamdulullah our grandfathers were mujahidunas (warriors of the Faith) and the jihad is right in our hearts. If you wish to know that we are Mujahidunas, dare to touch religion (of Islam) and see. Dare to touch religion. Therefore, there is no compromise. It is uncompromising. When one insults the Apostle of Allah, the judgement is death.

In the meantime, NewsWireNGR recalls the Sokoto state government had also condemned in strongest terms the blasphemy against the holy prophet Muhammad SAW by one Isma’ila Sani Isah, who posted an unsavory comment about the Prophet on a social media platform.

Gov. Aminu Waziri Tambuwal at Government House warned that henceforth the state government would not condone such acts against Prophet Muhammad (SAW) or any other prophet of God or His scriptures.