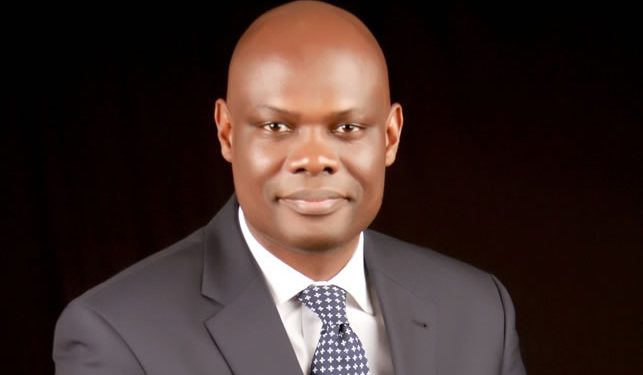 A former member of the Ekiti State House of Assembly and chieftain of the Peoples Democratic Party, Dr. Samuel Omotoso, has been accused of rape by his family’s house help.

NewsWireNGR gathered that the house help (name withheld) reported the rape allegation through her school.

According to the Ekiti State Attorney General and Commissioner for Justice, Olawale Fapohunda, the State Government took over the case after the school reported it.

Fapounda said: “Immediately the matter was reported through the girl’s school, we took a statement from the alleged rape victim and forwarded the matter to the police for investigation.”

Reacting to the allegation, the wife of the accused, Mrs Abimbola Omotoso, said the Ekiti State Government is plotting to frame her husband up with the rape charge.

According to her, the state government was using a house help that had lived with the household for over five years to achieve the sinister motive.

She added that the house help’s family, especially her mother, had in her testimony, absolved her husband.

“The girl in question, who is being politically used against my husband, is confirmed wayward and bad mannered and all what she wants is total freedom for her reckless lifestyles as testified to by her mother and brother. She was severally caught red-handed by me, her mother and blood brother, including the pastor of our church and hence she is ready to do anything to achieve such level of freedom.”

Omotoso condemned the school principal of the girl, saying: “It was the principal of a public secondary school in Ado-Ekiti that abducted the girl from my house without informing me or her parents and tutored her for days to lie against my husband,” she said.

“The allegation is untrue, politically motivated just like many others made against my husband in the past and I wonder when he will be allowed his freedom to private life.

“My husband is a medical doctor and Peoples Democratic Party politician who contested, won and served as the House member from Oye Constituency 1, the same constituency with His Excellency Governor Kayode Fayemi of Ekiti State in the fifth assembly.” She said, while defending him.