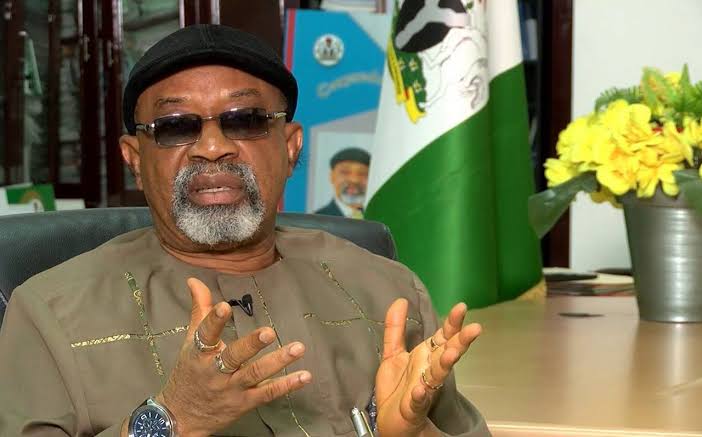 The Minister of Labour and Employment, Dr Chris Ngige, says any employer paying its employee below N30,000 was breaking the law.

Speaking during an interview on Channels Television’s Sunday Politics, he said “If you read the Act well, you will see the applicability of the Act. The applicability is that all parts of the Federation (Section II); Section III also says N30,000 shall be paid, the operating word is shall.

“It does not give room for picking and choosing, it is a must. The state governors that are not paying are breaching the law of the land,” the minister said.

Recall that President Muhammadu Buhari had signed the Minimum Wage Repeal and Re-Enactment Act, 2019 into law in April 2019.

The Act makes it compulsory for all employers of labour in the country to pay a minimum of N30,000 to their workers and gives workers compelled to accept salary less than the amount the right to sue their employer to recover the balance.

Two years after the President assented to the Act, some states have begun to pay civil servants the new minimum wage while others still struggle to do so as a result of inadequate funds.

The minister faulted governors negotiating with the labour unions in their states over the payment of the minimum wage to workers.

“This is a national law that states what you will pay to the lowest-paid employee (worker) in your establishment; state governments are employers… they are caught in the web of this law until repealed.

“Any state government or employer that negotiates minimum wage like some of them are doing with their unions, they are running afoul of the law,” the minister stated.

“I can take any employer to court. If governors have immunity, I can start from the secretary to the government, to the head of service, and go down to the State Executive Council; take them all to court and I do not need any permission.” the minister declared.

Related Topics:Chris Ngige
Up Next

‘Insufficient funds not an excuse for not paying salaries’ – NLC President