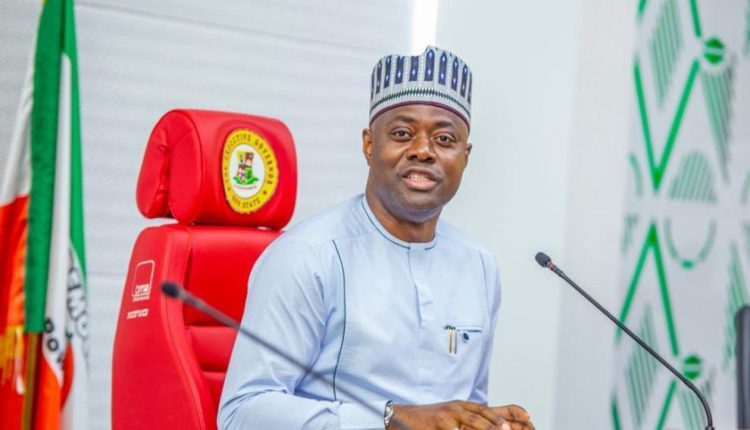 Governor Seyi Makinde of Oyo State has inaugurated the executive members of the People’s Democratic Party, PDP, in the Southwest.

At the inauguration ceremony, held at the Government House, Agodi, Ibadan, the Governor said the success of the Southwest Zonal Congress of the PDP was the beginning of the redemption of the country.

The new leadership of the Southwest PDP is headed by Ambassador Taofeek Arapaja, who defeated Eddy Olafeso at the Zonal Congress held recently in Osogbo, the Osun State capital city.

Presenting his inaugural address, the National Vice Chairman (Southwest), Ambassador Taofeek Arapaja, said the cardinal mission of his tenure was to bring repositioning, progress and general well-being to the party.

He noted that his election as the National Vice-Chairman of the PDP in the present trying times was a call to service, as he knows the travails and plights of aspirants and contestants in the hands of bad party executives.

He said: “I know that the fortune of our party lies on the executives who are the umpire. Therefore, this newly elected executive shall strive hard and God being on our side, we shall leave no stone unturned in moving our party to greater heights.”

“We don’t need a soothsayer to know that all is not well with the party. In the recent past, PDP held sway in the southwest having gained control of five out of six states (Oyo, Ogun, Osun, Ondo and Ekiti were all PDP states) while the central government also belonged to us. Today, PDP controls only Oyo State in the southwest,” Arapaja lamented.

He assured that he would reach out to aggrieved members of the party to return to the fold in the spirit of building a stronger and bigger party in the region.

Related Topics:Seyi Makinde
Up Next

Father Mbaka: Buhari should resign or be impeached, ‘God is angry with him’