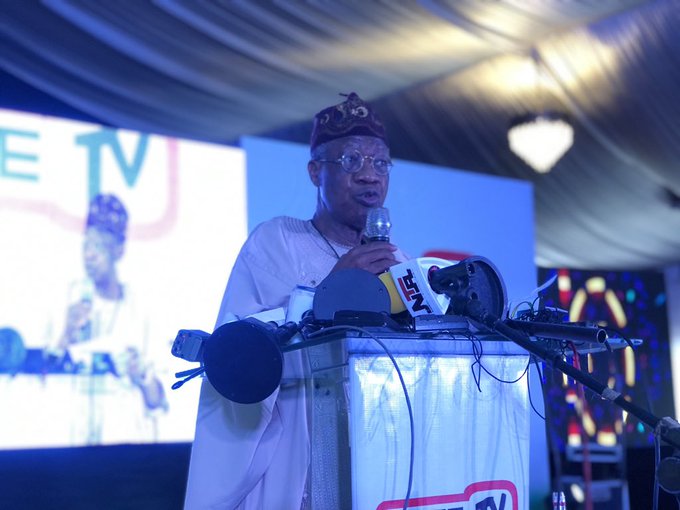 The Federal Government has launched free set-top boxes in Lagos as the country seeks to implement the long awaited digital switchover (DSO) program.

DSO will see the country move from analogue to digital broadcasting, which has the capacity to facilitate video-on-demand, audience measurement and a better viewing experience.

More than one million set-up boxes are said to be available for the initial roll-out.

Speaking at the launch event in Lagos, Minister of Information, Lai Mohammed, said the set-top box does not require monthly subscriptions, except for an annual access fee of N1,500.

The set-top box will provide access to about 60 channels.

“DSO simply means the switch-on of digital television in Lagos state. Today’s event marks the beginning of the second phase of the DSO rollout. It is coming a day before the fifth anniversary of the launch of the pilot programme of the DSO in Jos, Plateau state, on 30th April 2016,” the minister said.

“The switch-on of Lagos is unique and epochal, because it marks the first time that the DSO project would be beaming 60 choice channels to television households.

“This is not by accident. Lagos is Nigeria’s creative hub, hence it is important to harness the creative talents that abound in the state through this project.”

He added that the government is hopeful analogue broadcasting will be completely switched off in the country by December 2022.

Commenting on the development, Lagos State Governor, Babajide Sanwo-Olu said his administration is committed to the full realisation of the DSO project.

Related Topics:Federal Ministry of Information and Culture
Up Next