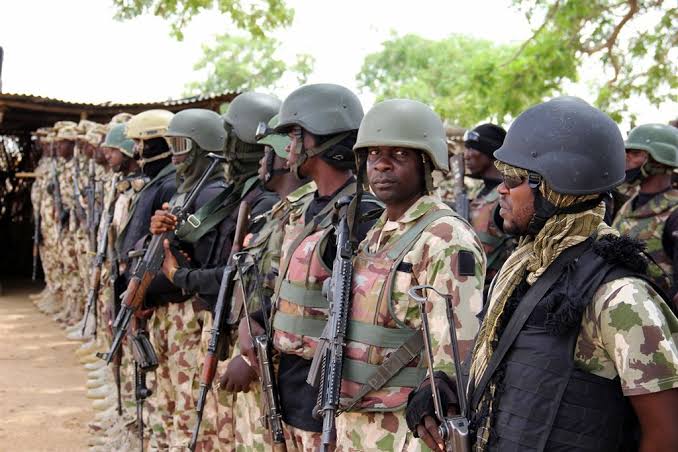 Benue State Governor,Samuel Ortom, has disclosed that two officials of Konshisha LGA and two traditional rulers have been detained in connection with the killing of 11 soldiers and a captain in Bonta village of the state.

The governor on Monday explained that their arrest was part of the resolution of the state’s security council.

Reading the resolutions of the security council, the governor said the four suspects had useful information that could lead to the arrest of the killers of the soldiers.

Recalled that the soldiers were killed on April 5 while on an operation to restore peace between warring communities in Konshisha and Oju LGAs.

Ortom said the council, in collaboration with other stakeholders, had recovered eight AK-47 machine guns.

The council commended the minister of defence and service chiefs for allowing the state government and its security council to wade into the matter and help recover the lost weapons instead of the military going to do so by themselves.

“Since then, we have not slept. We did everything to ensure that we recover the arms and by the grace of God we are able to recover eight AK47 plus the one the army recovered themselves earlier making it nine.

“We also recovered the machine gun that the militia took from them too and all the recovered weapons have been handed over to the army already, ” he said.

Ortom said the state executive council will meet to discuss how to assist the families of the 12 military personnel killed by the militia.