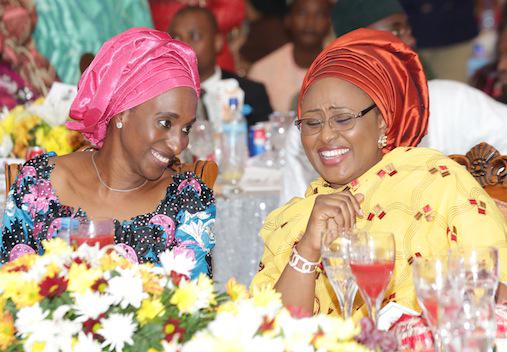 A professional colleague once asked me why there are not a lot of women interested in taking up political positions in Nigeria. This question fascinated me. Perhaps, it was because the answers have huge implications for Nigeria’s future. After all, women make up half of the country’s population. Why aren’t our interests being equally represented in places of authority? I wondered.

Subjectively, I would say a huge factor is the availability of role models at an early age. It is hard to aspire to something you have never seen. While growing up in a middle class trade family, the women I knew either worked full time in their husband’s businesses or stayed home to tend the homefront. Make no assumptions, these women were strong women. They juggled it all: the never-ending house chores, childcare, side businesses etc.

However, they rarely discussed politics. If they did, never in detail (at least from what I have observed). Politics was glossed over like something with no immediate consequences except when it affected the prices of food items in the market. Instead, outside schoolwork, I was encouraged to focus on becoming the best wife to a man I had not met yet. I learned more about the virtue of preparing a good pot of Onugbu soup than voting during elections or staying abreast with current affairs.

Speaking of school, after completing my secondary education at a “privileged” private school that shielded me from the real world, I got a taste of politics at university. From class representation to student government, male students almost always took the lead while the females played assistantship roles. There was almost a system of tokenism where women were given seats at the table so they would not be empty or so they could offer advice on “women’s issues.”

The women I came to admire were not politicians. They were intellectuals and writers like Chimamanda Ngozi Adichie, Buchi Echemeta, Flora Nwapa, Warsan Shire to name a few. They were accessible to me, first through the books I read, then for the former, through her TEDx talks and speeches available on the internet. Yet, I quickly learned that many folks in Nigeria’s patriarchal society feel that while these women could be celebrated when they won notable awards that brought glory to the country, they were not admirable because of their “feminism”.

The word feminism was usually spat out like an insult, even amongst my “scholarly” university colleagues who one would expect more nuance from. I came to admire these women firstly because they stood for something, a trait not easily found in a culture that does not encourage women to have strong opinions about many subjects. I quickly learned that an opinionated woman, especially one with differing thoughts around the role of women in society, risked being branded a feminist. I learned this even before I understood what being a feminist fully meant.

Another general theme of these women’s writing and activism is self determination. For them, women deserve the right to choose the kind of lives they wanted to lead whether or not that conformed to traditional or religious idiosyncrasies. To my mind, these things are basic human rights but I came to understand that in my Igbo culture, such ideas are quite radical. We live within a system that prescribes how we should be. Anything outside of predetermined gender roles is usually frowned out, looked upon suspiciously. Thus, I felt stuck between two worlds: one with contemporary ideals that expected me to be a highly educated modern woman and another that told me to never forget that my true place is in an unknown man’s kitchen, not even my own. Was I sent to school to learn just enough to be competitive by modern labour standards, not actual enlightenment? Such is a modern woman’s dilemma.

As an adult navigating the professional space, despite whatever success I achieve, I am constantly reminded that my true validation will come from marriage. Social cues encourage me to be more subtle and soft lest I scare away my knight in shining armor. Yet, every day, I see women around me challenging the status quo. I am emboldened by women who have found a balance as managers, directors, Chief Executives etc yet find time to take care of their families. At the same time, I still believe that the same praise and acceptance that such women enjoy should be extended to women who choose a different life for themselves.

As more girls are encouraged to acquire formal education, leave the confines of the household and take on leadership roles, my earnest hope is that society does not scorn them. It is not that women are just now speaking up against injustices because of “Western education”. Women have always wanted to lead. Women have always had a voice but, now, silence is no longer an option.

Fredrick Nwabufo: Pastor Adefarasin, if Nigeria is a scam; then we’re all scammers