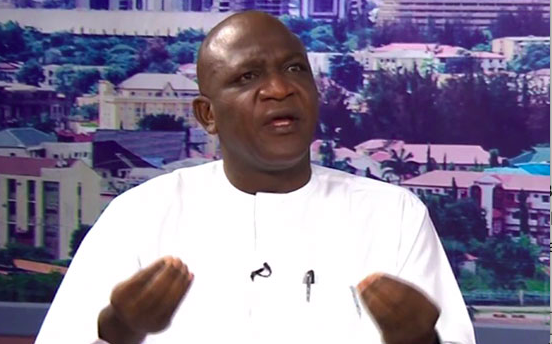 Seven years after Boko Haram terrorists abducted 276 girls from the Government Girls Secondary School in Chibok, Borno State; a community leader has revealed how the girls were divided into groups, kept in houses, and taught how to recite the scriptures.

The National Coordinator of Gwoza Christain Community Association (GCCA), Ayuba Bassa said the memory of the abduction remains fresh in the memory of many Gwoza residents, who watched helplessly as the insurgents moved the girls from one location to another.

He spoke on Thursday during an interview on Channels Television breakfast programme, Sunrise Daily, a flagship show monitored by NewsWireNGR.

Basa lamented that many are disappointed over empty promises that the girls will be rescued soon.

Bassa believes that the Chibok abduction was used to frustrate Goodluck Jonathan-led administration and the girls used to prove political points.

“Even if you go to Gwoza today, ask anybody, they will tell you, the girls were used for political rivalry,” he added.

“I could picture when the abduction earlier happened. Most of the people within the Gwoza settlement then will tell you the houses where the girls were divided into and kept. Those Chibok girls were in Gwoza for more than four weeks and were being taught how to recite the scriptures.

“So, if you go to Gwoza the memory is still fresh. They will tell you it is this house and this house that they were being kept. I can point like two houses they were kept and the routes they passed.

“So many residents feel if the government had made enough efforts to know that the girls were kept in number one house, number two house, the girls would have been rescued,” he said.

On the night of 14–15 April 2014, 276 mostly Christian female students were kidnapped from the Secondary School by the Islamic terrorist group Boko Haram in the town of Chibok in Borno State, Nigeria.

On the night of 14 April 2014, members of the Islamicjihadistterrorist groupBoko Haram attacked the Government Girls Secondary School in Chibok – The kidnappers broke into the school, pretending to be guards.

Tens of thousands of children in Nigeria are missing out on their education because of the authorities’ ongoing failure to protect schools, particularly in northern Nigeria, from attacks by insurgents and other armed groups, Amnesty International said Wednesday.

Yesterday marks seven years since 279 schoolgirls were abducted by the armed group Boko Haram in Chibok. Although most escaped or were later released, more than 100 girls remain in captivity. Further mass kidnappings of schoolchildren in Nigeria have seen hundreds of children killed, raped, forced into “marriages” or forced to join Boko Haram. This has resulted in hundreds of schools being shut, with disastrous consequences for young people in a region already facing extreme insecurity.

“The Nigerian authorities’ failure to protect schoolchildren from recent attacks clearly shows that no lessons have been learned from the Chibok tragedy. The authorities’ only response to schoolchildren being targeted by insurgents and gunmen is to close schools, which is increasingly putting the right to education at risk,” said Osai Ojigho Director Amnesty International Nigeria.

“Between December 2020 and March 2021, there have been at least five reported cases of abductions in northern Nigeria. The threat of further attacks has led to the closure of about 600 schools in the region. Whatever authorities are doing to tame this tide, it is not working,” said Osai Ojigho.

In 2018, Amnesty International revealed that Nigerian security forces had failed to act on warnings that Boko Haram fighters were heading towards Dapchi town in Yobe state, where they later abducted 110 schoolgirls from the Government Girls Science and Technical College.

Amnesty International has documented at least five more abductions of schoolchildren between December 2020 and March 2021. The frequency of these attacks shows just how unsafe Nigerian schools have become, while the lack of justice   has only emboldened the perpetrators.