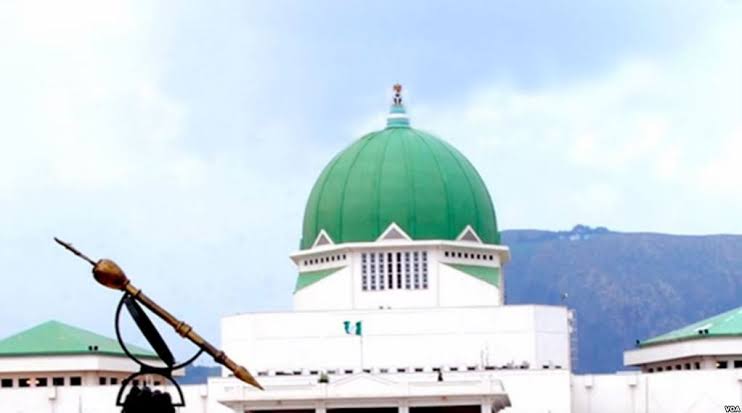 Legislative aides on Tuesday protested at the foyer of the National Assembly over unpaid salary arrears.

The aides gathered at the foyer of the National Assembly carrying placards with various inscriptions.

During the protest, Mr. Zebis Prince, who represents the South-South geopolitical zone of the group, told the Speaker of the house of Representatives, Femi Gbajabiamila that the aides want the CNA to meet their demands.

Some of their demands, also include non-payment of the routine Duty Tour Allowance (DTA), lack of training, non-implementation of National Minimum Wage and the Consolidated Legislative Aides Salary Structure (CONLESS).

Responding, Gbajabiamila said “I believe that every labourer should be paid his wages. We are looking into it. While these things can be protracted, not paying wages of 2019 is inexcusable.”

“We will look into it. I will just ask that you be patient. We plead for your understanding. We know there are financial constraints but one thing I know is this will be resolved amicably and your arrears will be paid.

“We appreciate you for bringing these demands to our attention and we will attend to it accordingly.” he further stated.

Related Topics:National Assembly
Up Next