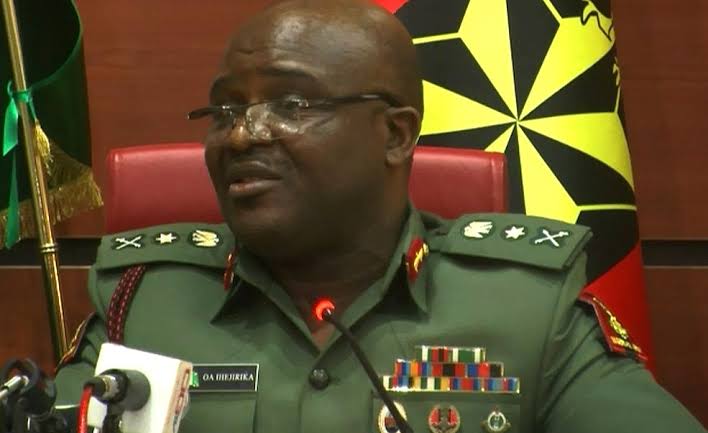 This is according to a statement issued by Alhaji Mamman Mohammed, Director of Press and Media to Gov. Mai Mala Buni, on Friday in Abuja.

“Gen. Ihejirika was formally presented to the chairman by Jigawa governor and Chairman APC Strategy and Contact Committee, Alhaji Abubakar Badaru, and Farouk Aliyu,” he said.

He quoted Buni as saying that “the coming of Gen. Ihejirika into the APC will increase the fortunes of the party in Abia and the South-East generally.

“This is a great moment for the party as Gen. Ihejirika and other sons and daughters of the region are coming into the party to deliver the region and bring the South-East closer to the centre.”

He added that the party looked forward to more of APC presence in the South-East.(NAN)

“You can’t bring down something that is already down” – Activist, Aisha Yesufu slams Garba Shehu