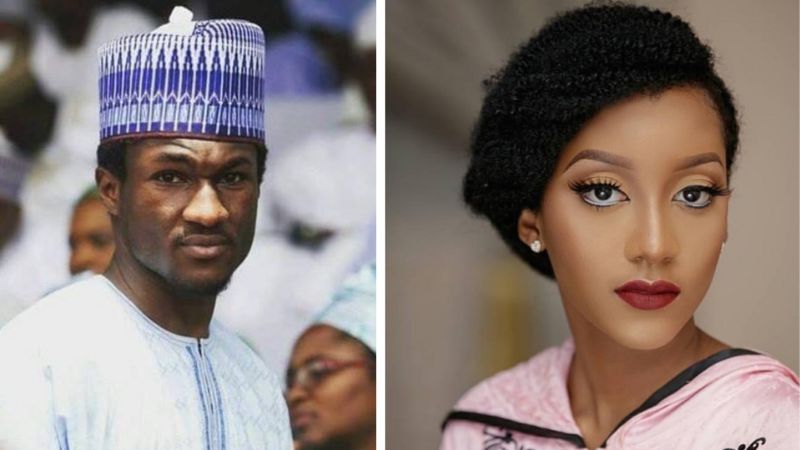 Yusuf Buhari, son of Nigerian President Muhammadu Buhari will marry Zarah Nasir Ado Bayero, daughter of the Emir of Bichi, after the next friday prayers.

A source close to the Bichi royal palace confirmed to the BBC Hausa Service that the two sides had met to discuss the love affair between the two young men.

The source, who did not want to be named, said the Nigerian president’s party had gone to the family of the late Emir of Kano Alhaji Ado Bayero to seek the marriage of Zarah Nasir Bayero.

“Both parties have agreed to postpone the ceremony until after the prayers, possibly after the fasting prayers or prayers,” the source said. -I don’t like it as usual. Sources say the two teens met in England where Yusuf completed his undergraduate studies while she and Zarah are still studying.

Earlier, the Daily Nigeria, an online newspaper, reported that Yusuf would marry Zarah Bayero in the next few months, saying preparations were well under way for the ceremony.

She said the marriage had been planned for months but that was not possible because Yusuf’s mother, Aisha Buhari, was in Dubai, where she spent several months before returning to Nigeria.

Yusuf is the third son of Aisha Buhari to get married since Muhammadu Buhari became president in 2015.

“None of this is okay,” – Queer Nigerian, stages a one man protest at the National Assembly, demanding an end to anti-gay law