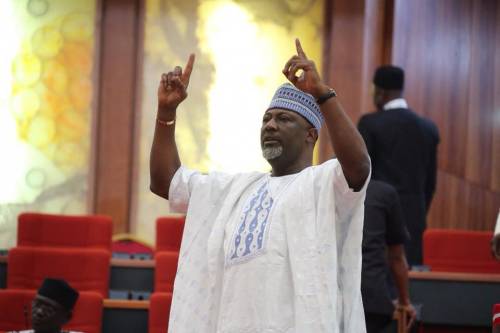 A former senator of the Federal Republic of Nigeria, has Thursday, called on President Muhammadu Buhari to rescind the decision to spend $1.5bn on renovating the Port Harcourt refinery.

The former senator Melaye was reacting to Wednesday’s decision reached by the Federal Executive Council (FEC), approval of $1.5 billion for the repair of the Port Harcourt refinery.

In his argument posted on his twitter and Instagram social media pages, the Kogi Politician and now a member of the Opposition Peoples Democratic Party, PDP, claims, the funding for the refinery is a move to “appropriate our common matrimony to a few individuals” .

“You want to use over N700 billion to renovate a dead refinery. Port Harcourt refinery is dead. Not only moribund, but dead,” .

He then called on President Buhari to reverse FEC’s decision.

“As anti-corruption network, as patriotic citizens of this country, we call on President Muhammadu Buhari to immediately reverse this satanic, wicked, nefarious decision.