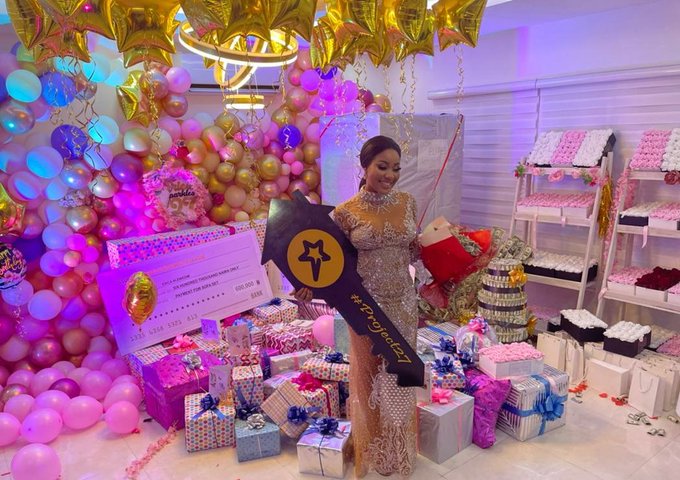 Fans wowed Erica Nlewedim, an ex-housemate of the BBNaija reality TV show to tears on her 27th birthday on Saturday as she got a shower of gifts and donations.

Elites as the fans are called gifted Erica a three-bedroom house with an attached boys quarter in Lekki axis of Lagos State and got her stocks worth $10,000 (about N48 million) from Tesla, Amazon, United Airlines and Disney for her.

They also donated a N10 million scholarship to a student from a motherless baby home. The scholarship will cover the child’s secondary and university education.

It was a rollercoaster of emotions for Erica as she cried, laughed and expressed shock as she was given the gifts.

Singer, Simi says female entertainers are constantly pitted against each other – she explains the difficulties