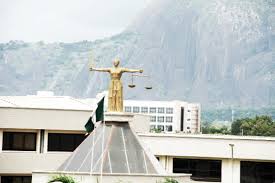 The police on Wednesday arraigned a 38-year-old man, Tiamiyu Sikiru, in a Magistrates’ Court in Ejigbo, Lagos for allegedly defrauding a cow seller of N775,000.

The police charged Sikiru, whose residential address was not given, with fraud.

The Prosecution Counsel, Inspector, Benedict Aigbokhan, told the court that the defendant committed the offence on Oct. 28, 2020, at 10 a.m. at No. 238, Egbeda, Idimu, Lagos State.

He said that the defendant obtained three cows worth N775,000 from the complainant, Ifedayo  Oniyide, Gratti Company, with intent to defraud him.

Aigbokhan said the offence contravened the provisions of ection 323 of the Criminal Law of Lagos State, 2015; which provides two years imprisonment as punishment for fraud.
The defendant, however, pleaded not guilty to the charge.
Magistrate E.O. Ogunkanmi admitted Sikiru to bail in the sum of N400, 000 with two sureties in like sum.

He ordered that the sureties must be gainfully employed and must show evidence of tax payments to the Lagos State Government.

Ogunkanmi adjourned the case until April 26 for mention. (NAN)