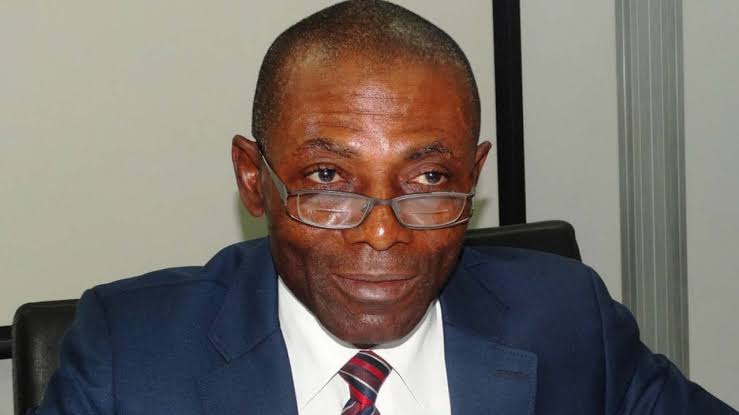 The office of the Auditor-General for the Federation (AuGF) has expressed concerns over irregularities and weaknesses in financial regulations across ministries, departments and agencies (MDAs) of government, especially in the disbursement and utilisation of public funds summed at N105.66 billion naira.

The auditor general, Mr Anthony Ayine confirmed this information through the latest annual report on the financial conduct of public institutions, which was obtained from its website. He lamented that the funds had been expended by MDAs in breach of extant rules and regulations.

The AuGF said transparency and accountability in government financial management systems could not be over-emphasised, particularly given the country’s rapidly dwindling revenues as well as its impact on the annual budget.

The development came amidst reforms undertaken by the Buhari administration to instill sanity in the public procurement and finance system.

The report stated that N18.36 billion had been awarded for contracts with disregard to the Public Procurement Act.

The AuGF also expressed concern over the persisted inherent weaknesses in the system despite his previous recommendations to the Minister of Finance, Budget and National Planning as well as the Accountant General of the Federation for prompt actions.

The latest audit assessment stressed the need for authorities to enforce strict compliance with legislation, rules and regulations across all MDAs.

It said the Public Accounts Committees of both chambers of the National Assembly should look deeply into the issues raised in the report and ensure the reports and resolutions of the legislature on these matters are forwarded to the executive for implementation.

It added that clear sanctions should also be imposed on erring officers going forward. The audit revealed that revenue amounting to N54.69 billion was not remitted to government coffers by agencies.

It stated that while 18 revenue-generating agencies failed in their statutory obligations of remitting revenue generated to the Consolidated Revenue Fund (CRF), 17 other MDAs failed to either deduct or remit deductions by way of Value Added Tax (VAT), Withholding Tax (WHT), Pay As You Earn (PAYE) and Stamp Duties.

The audit, among other things, found that 72 payments, amounting to N23.48 billion, were made by 43 MDAs in violation of extant rules.

It stated that irregularities and failure to comply with regulations in the spending of public funds could result in the misapplication or misappropriation of funds.

The AuGF said: “The violation ranges from disregard to due process, irregularity in payment for contracts, excessive pricing of procurements, payment for services not rendered, payment in full for uncompleted projects and other similar infractions.”

The report also warned that a breach of the Procurement Act and other weaknesses in procurement processes may be deliberate means to siphon public funds.

It said while the amounts involved in the infractions should be recovered into government coffers, sanctions in sections of the Procurement Act should apply against erring officers.

It added that erring MDAs should be denied budget appropriations as well as the affected accounting officers being surcharged.

Some of the agencies indicted by the audit report for breaching due process, financial mismanagement, and non-compliance with financial regulations, among others, included the National Agency for Food and Drugs Administration (NAFDAC), Federal Ministry of Finance, National Identity Management Commission (NIMC), the Bank of Industry (BoI), Financial Reporting Council of Nigeria (FRCN) and the Nigerian Social Insurance Trust Fund (NSITF).

Others are the Nigerian Maritime Administration and Safety Agency (NIMASA), Small and Medium Enterprises Development Agency of Nigeria (SMEDAN), Petroleum Products Pricing Regulatory Agency (PPPRA) and the Federal Ministry of Works and Housing.

Related Topics:Auditor General of the Federation
Up Next

If we don’t borrow, we will be left behind as a country – Finance Minister

Seyi Makinde has approved the reopening of Shasha market