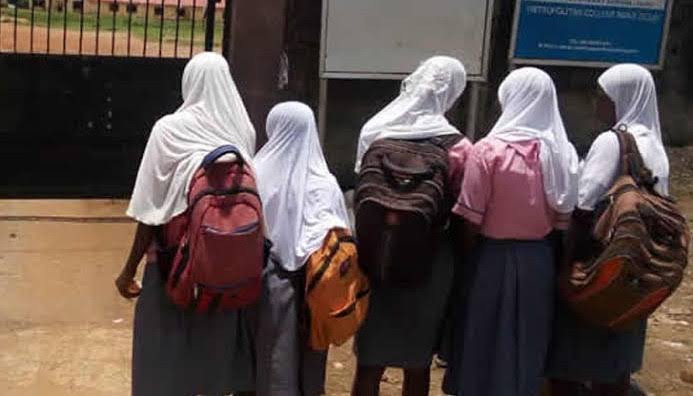 The Kwara State government has directed the ten schools that have been mired in the hijab controversy in the state to remain closed pending the outcome of the investigations between the government and stakeholders on the use of hijab in schools.

This directive is continued in a statement released by the Secretary to the State Government, Prof. Mamman Jibril on Monday.

He said in the statement that the suspension of the schools is to avoid the breakdown of law and order as the crisis thickened.

“Official pronouncement of government’s position is likely this week.

“The government urges parents, officials, and authorities at the affected schools to maintain peace and avoid making comments or doing anything that could cause further misunderstanding and heat up the polity,” the government advised.

The state government had on Friday, February 19 ordered the immediate closure of 10 secondary schools in Ilorin over the headgear crisis.

The crisis was off the back of calls by Muslim youths and women organisations at a press conference on Wednesday, February 17, who called on the state government to prevail on former owners of public schools in the state to allow female Muslim students to wear hijab on their uniform.

The Muslim community said that since the state government had taken over such schools, the former missionary owners do no longer have control over the schools.